Use your slow cooker to make a delicious apple pie sauce that you can spoon over ice cream to make this  Apple Pie Ice Cream Sundae!  It tastes just like apple pie à la mode. 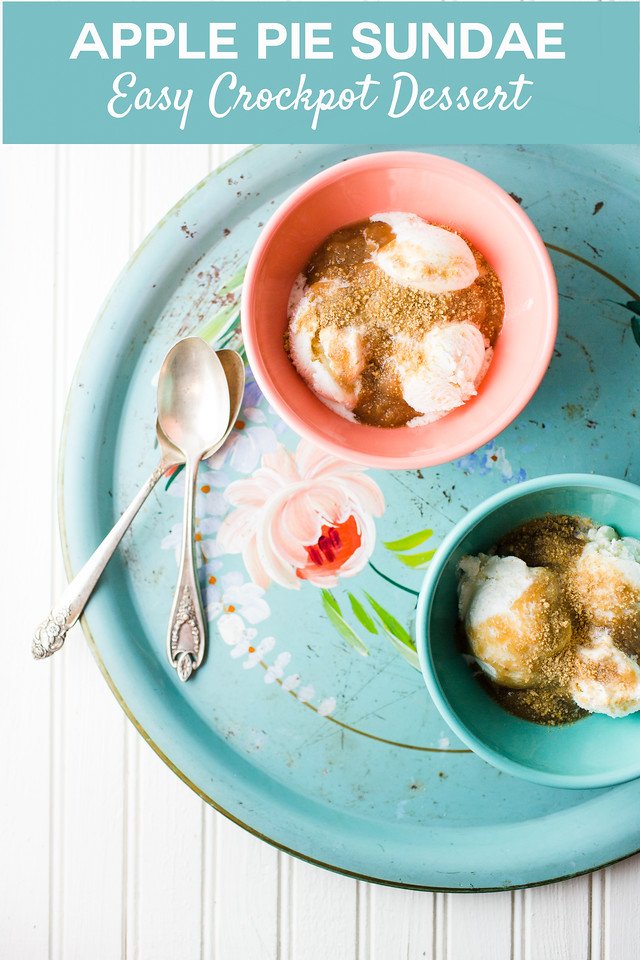 The other day I found myself with some apples that I needed to use quickly.  They had come from my CSA and they weren't very pretty.  Bruises and bug bites dotted the skin.  But I knew I could peel them and cut off the bad parts.  I noticed that I still had some vanilla ice cream in the freezer.

An apple pie topped with ice cream sounded great, but way too much work!  Using a slow cooker to make an apple pie sauce that I could spoon over the ice cream was just the ticket!

The slow cooker does most of the work, your house smells amazing and you get the easiest fall dessert ever! 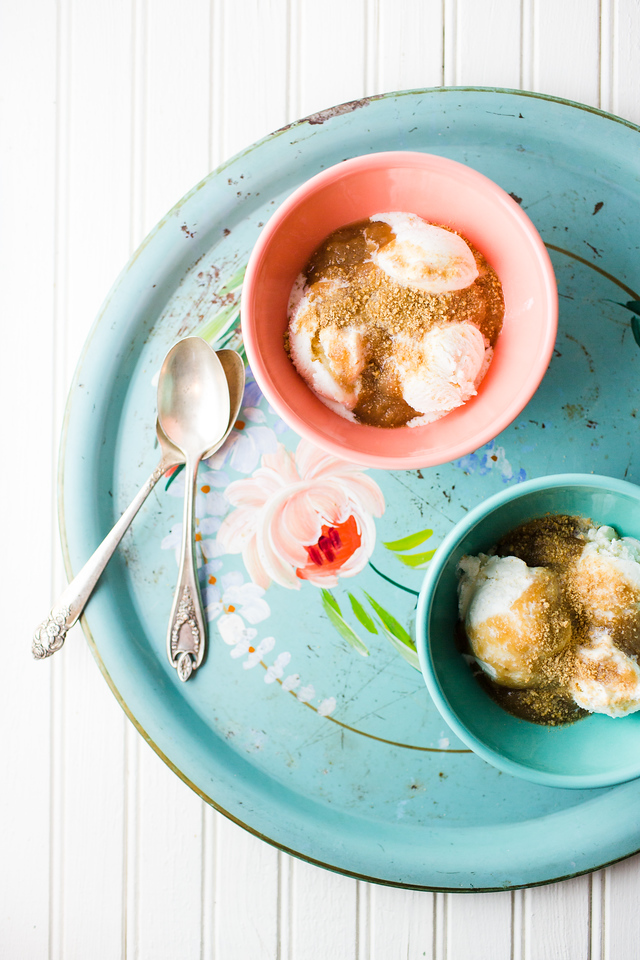 How to this Slow Cooker Apple Dessert:

It's so easy to make this Apple Pie Ice Cream Sundae:

Apple Clafoutis - it's a cross between a custard and a cake and I love it!  So easy too!

Apple Muffins with Oats - makes a great quick breakfast or an after school snack!

Cinnamon stick - can substitute a teaspoon of dried cinnamon.  Pears are optional.

This was originally published in 2016 and has been updated for 2019.