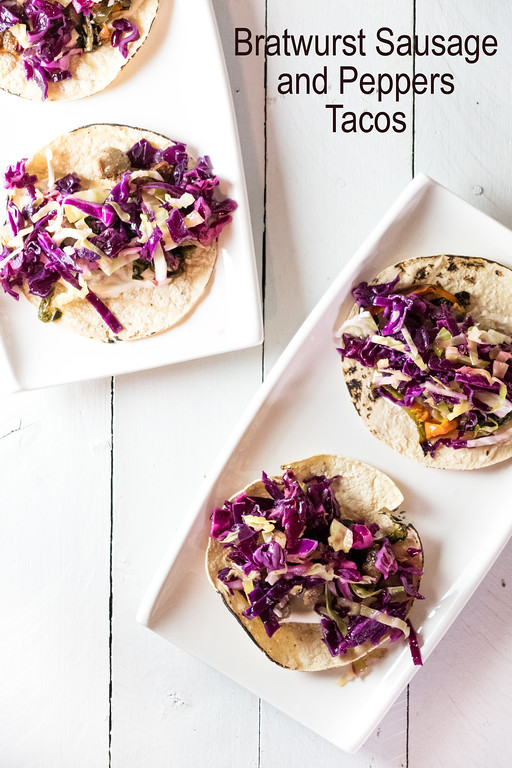 When I lived in St. Louis, my favorite event was Octoberfest.  I ate my weight in Bratwurst Sausages and consumed buckets of beer.  Good times.  My favorite way to eat brats are grilled, but since winter made a last minute comeback, I needed a warm kitchen recipe. 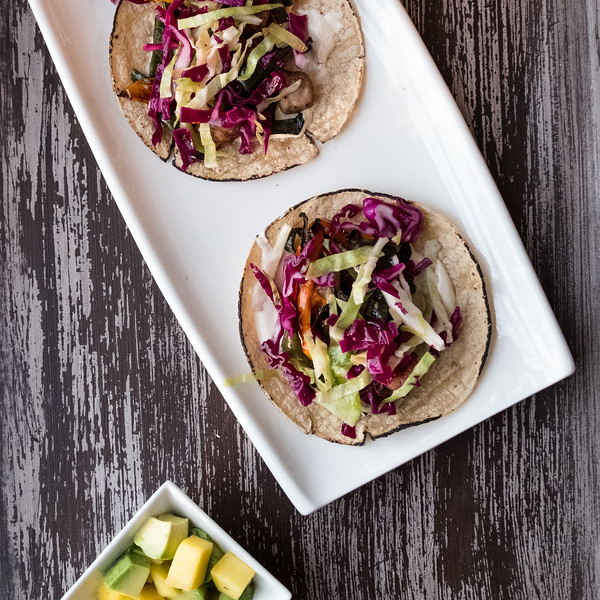 This bratwurst recipe is so simple, it is going to be going on a regular rotation around the Sidewalk Shoes household.  The first thing I did was do a quick pickle of the cabbage.  Then bratwurst and peppers are roasted together.  While the brats are roasting, you can whip up a quick sour cream sauce and heat up the tortillas.   That's it!  I served it with a simple salad of mangoes and avocados and it was one of our favorite dinners this week! 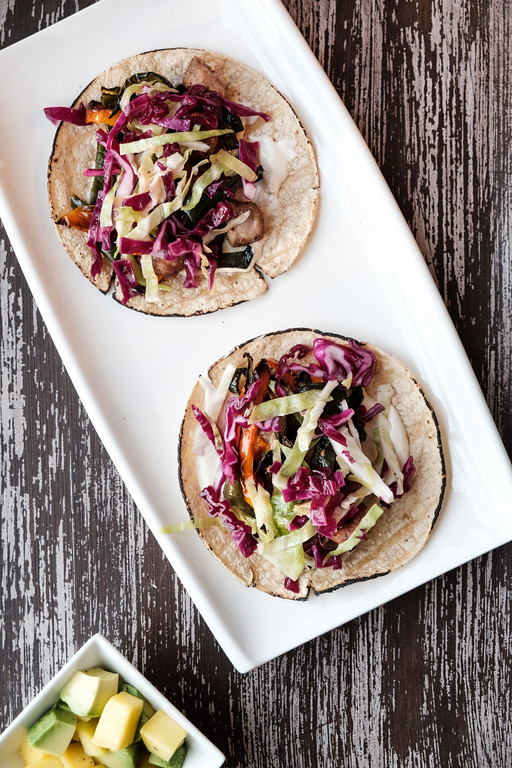 I found this Brat and Pepper Tacos at Food & Wine.   I changed things up a bit to include my quick pickled cabbage recipe.   I sliced my cabbage by hand, but I would have gotten more even slices if I had used my Benriner Mandoline.   By the way, the next day I combined the leftover mango and avocado salad with the pickled cabbage and it made a wonderful light lunch.  In case you are wondering about the leftover bratwurst and peppers, there weren't any!!

**As an Amazon affiliate I earn from qualifying purchases.

Print Pin Save Saved!
5 from 2 votes

A mandoline makes slicing the cabbage quick and easy!