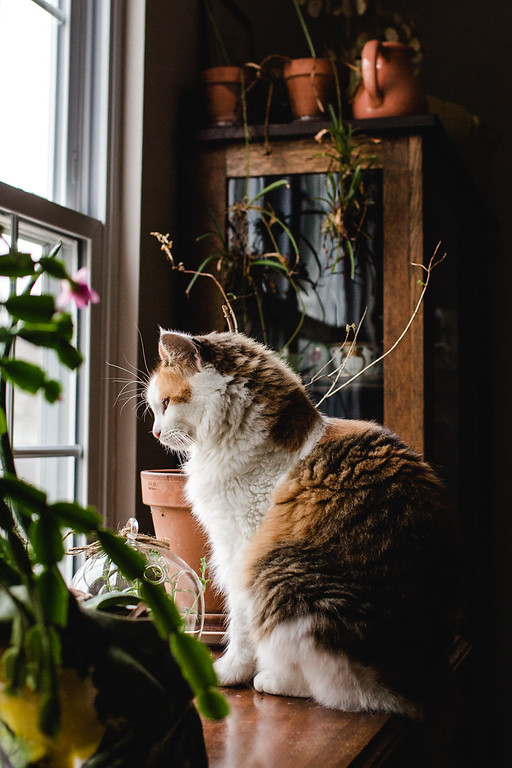 I didn't get a chance to take any new kitty photos this week, so I've pulled these from the folder of cat photos to edit.  Judging by the fact that that it looks like the Christmas cactus is starting to bloom, it was probably either December or March.  My Christmas cactus blooms both at Christmas and Easter. 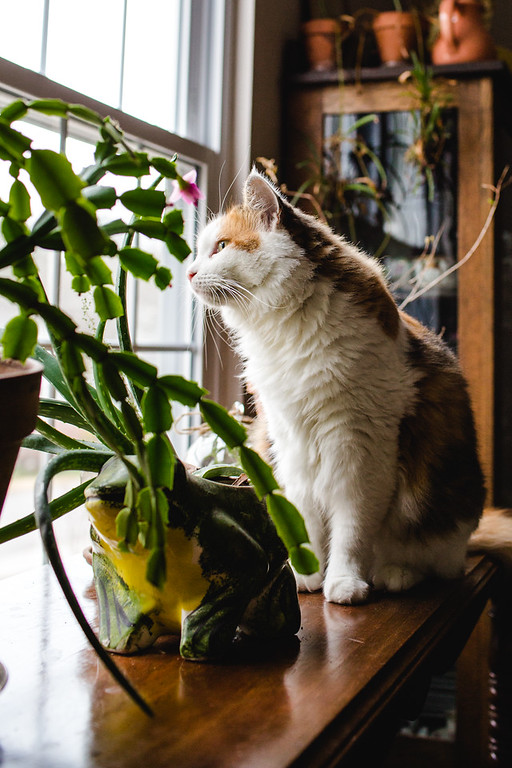 I don't have that many photos of Coco looking out the window, probably because she can go outside whenever she wants.  However, she appears to be watching something very interesting.   Though I do have a couple:  Window Gazing with Coco and Coco Kitty Relaxing Inside. 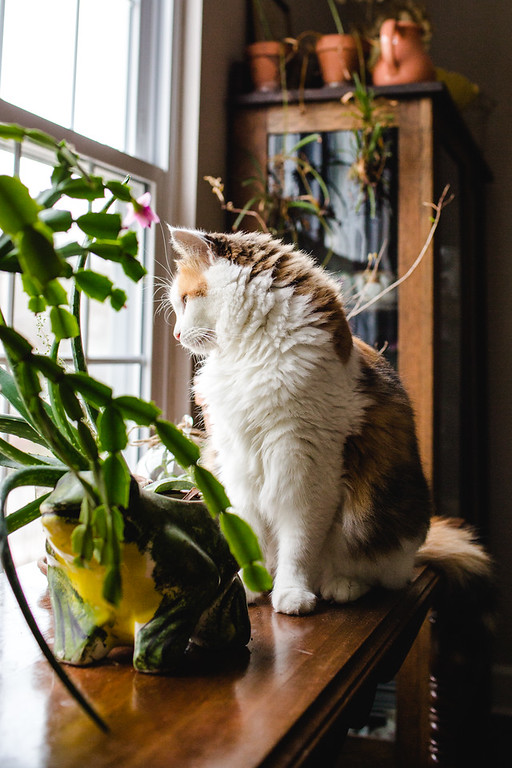 I don't even have that much to chat about this week.  It's not raining, I'm still having to drag the sprinklers around the yard twice a week.  I'm over summer.   Bring on fall please.

Also, one of my daughters is getting married in September.  I finally found a dress that I sort of like, still need to find shoes.   I alternate between bouts of happiness and stress.  So many little details to get in place.

Mainly I'm tired.  Anyone else feel tired a lot?  I used to think it was just school starting (which did play a huge part in it) but now I think it's just the change of seasons.  Tired of the heat.  Tired of the weeds.  Tired of the bright light of summer. 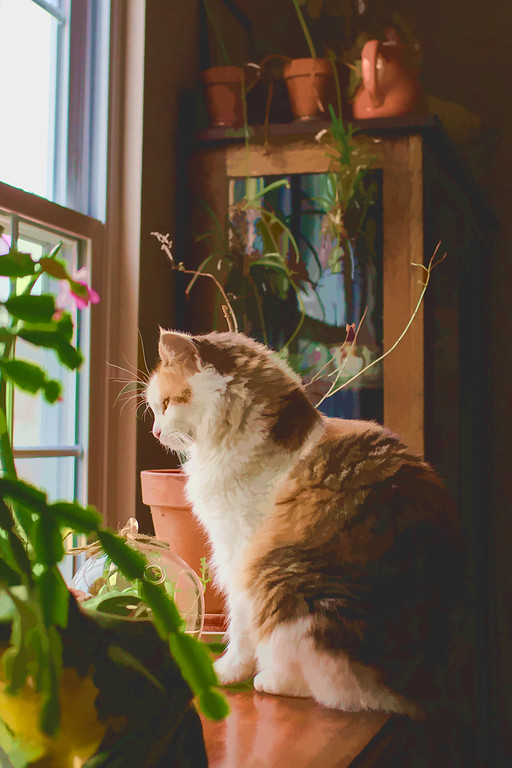