This Easy Mai Tai Recipe is a classic for a reason!  Classics never go out of style and this tiki cocktail is a favorite rum cocktail for a lot of people!

I am so happy with the current creativity around craft cocktails.  When we go out to dinner now, I spend as much time perusing the cocktail menu as I do the food!  Each one sounds even better than the one before it!

That being said, there is nothing like the comfort of a classic cocktail.  You know exactly what you're getting.  Like this Easy Mai Tai Recipe.  It's a classic.  One sip and you are on a tropical island. 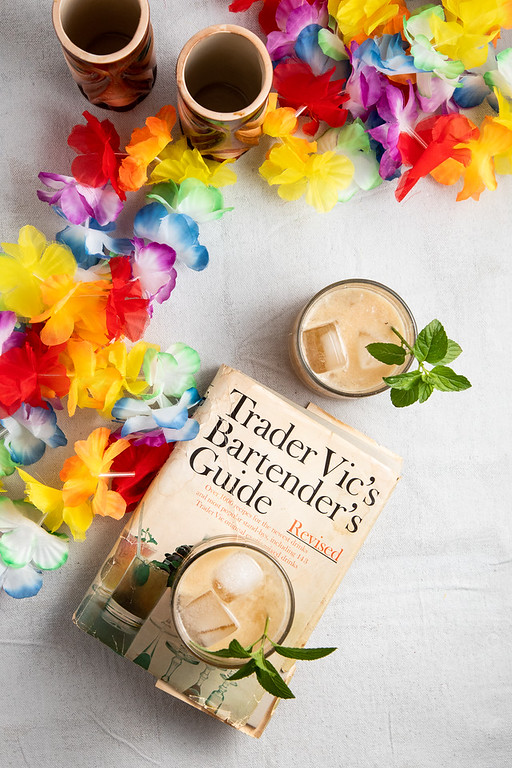 I get my Mai Tai recipe straight from the man that invented the Mai Tai, Victor Bergeron, or as he is better known - Trader Vic!  When I was packing up my grandmother's liquor cabinet and barware, I found a collection of Tiki Cocktail glasses, stirrers, salt and pepper shakers and this Trader Vic's Bartender's Guide dated 1972.

Trader Vic's had a location in St. Louis and I'm sure my grandmother and her friends spent a lot of time there, judging by all the stir sticks!

In the book, Vic talks about how he came to invent the original Mai Tai recipe.  He was inspired by a Jamaican rum that he knew he didn't want to overpower with too many other ingredients.  After creating the drink, he gave it to two of his friends, Ham and Carrie Guild from Tahiti.

Carrie took one sip and said, "Mai Tai - Roa Aé.  Which in Tahitian means, "Out of this world - the best!"   And with that the Mai Tai was born! 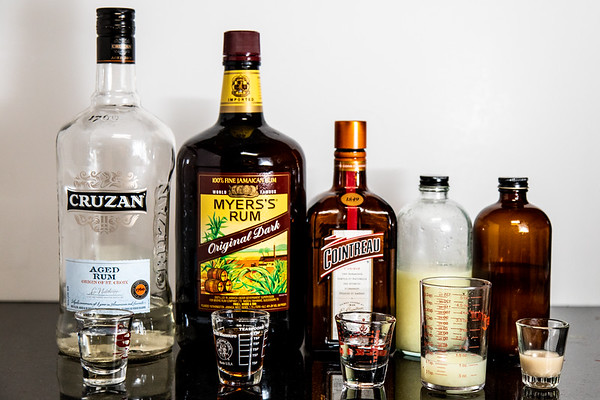 These are the ingredients needed to make an easy classic Mai Tai.  We have played with the proportion a little from the original recipe, omitting the simple syrup and increasing the amount of orgeat.

White Rum - or an amber rum.

Cointreau - can also use my homemade Orange Liqueur.

How to Make a Mai Tai.

In a cocktail shaker filled with ice, add the two kinds of rum, the orange liqueur, freshly squeezed lime juice, and orgeat syrup.  Shake for 15-20 seconds.  Strain into a rocks glass filled with ice. 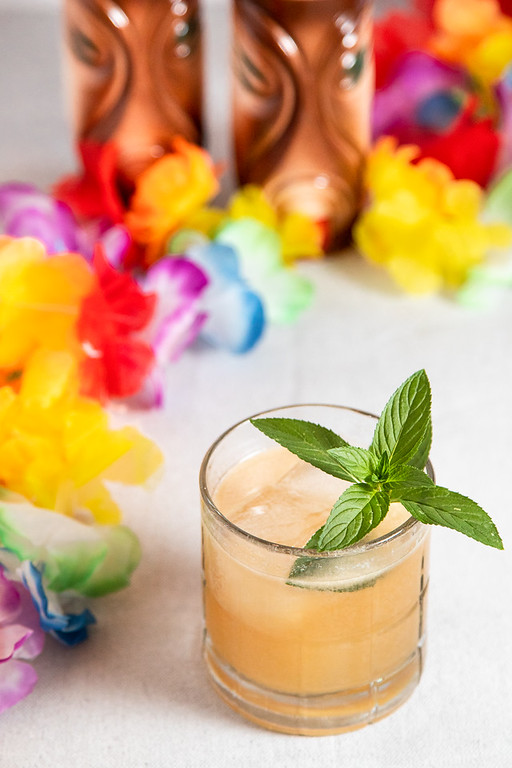 If you love Tiki Cocktails, get ready because I am doing a couple of weeks worth of them.   Expect to see a Frozen Mango Daiquiri, a Frozen Banana Daiquiri and a Scorpion.  Maybe even more!

If you're looking for More Rum Recipes:

Piña Colada Popsicles - have your favorite rum cocktail in a fun frozen treat!

Dark and Stormy - only two ingredients in this classic!

Hemingway Daiquiri - if anyone knew his way around a daiquiri, it's Hemingway!

Vanilla Infused Rum - turn any cocktail into a craft cocktail with this easy infused rum.  Also, makes a great gift for your cocktail loving friends!