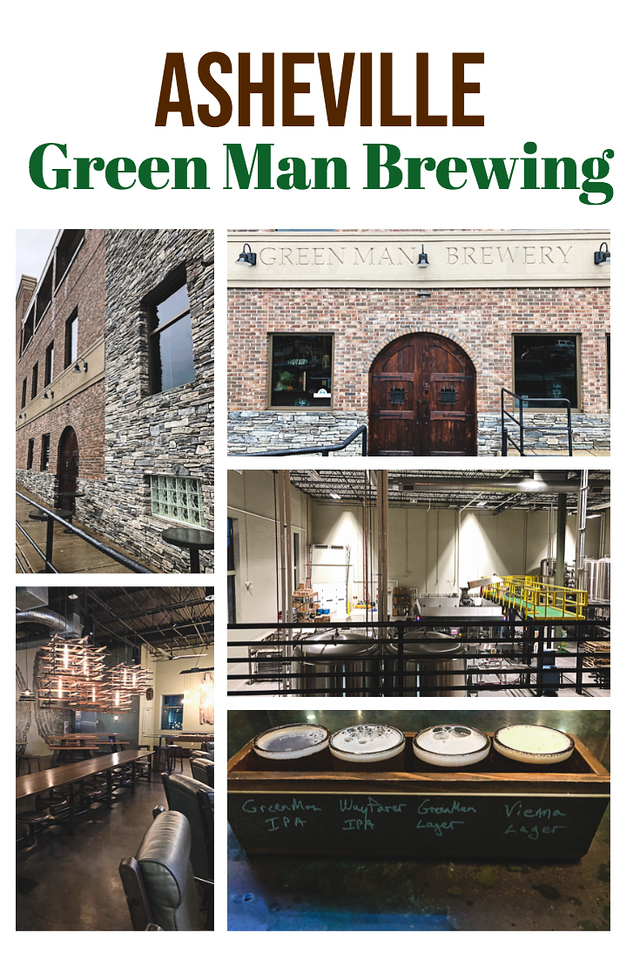 One of the things we loved about our downtown Asheville hotel, was that it was near to so many downtown breweries.   We did do one day of driving to visit Sierra Nevada Brewery and New Belgium Brewery, but the rest of the breweries that we visited were all within walking distance of our hotel.

By lucky chance, we chose a hotel in the southern part of downtown Asheville.  This area is known as the South Slope, it's also called The Brewery District because there are 10 breweries either already located there or planned for that location!    In that area you have Catawba Brewing, Burial Beer Company,  Funkatorium, Twin Leaf Brewing, The Chemist, Eurisko Beer Company, Hi-Wire Brewery, Asheville Brewing, Bhramari Brewing, Wicked Weed Brewing and Green Man Brewing! 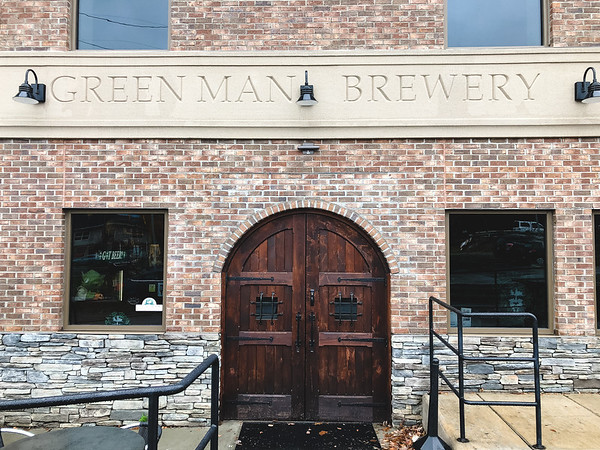 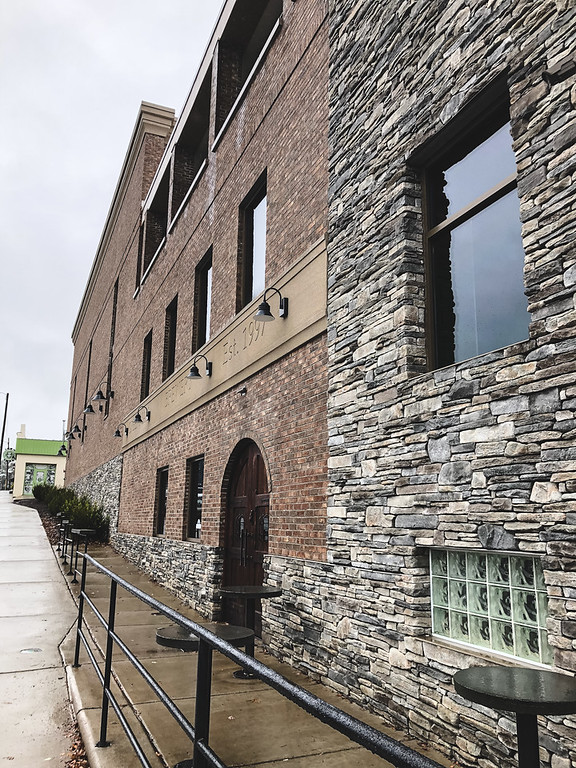 Green Man Brewery is one of Asheville's oldest breweries, they have been in Asheville since 1997!   They now have 2 brew houses, 3 tasting rooms and 2 buildings.   The newest addition is the large Greenmansion.   It is 3 stories and 22,00 square feet!    It's a huge building on a sloping sidewalk with old brick and stacked stone and big inviting wooden doors. 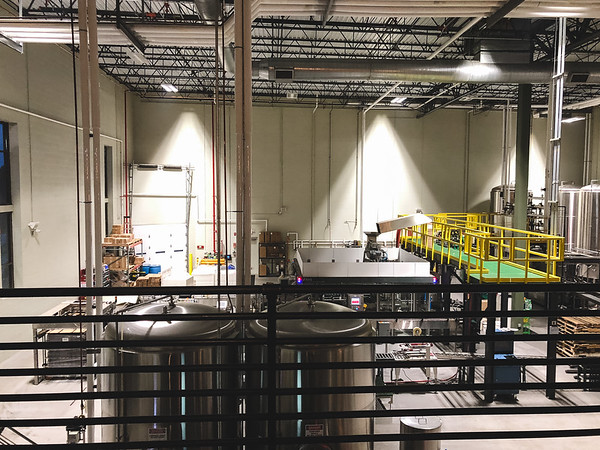 We went to Green Man on a very rainy Wednesday in November, early evening.  When we got there, we walked in and saw the first floor bar.  There was no one, other than a bartender.  A sign directed us to go upstairs.

The bar opened up to an indoor/outdoor taproom.  I am sure that in nicer, warmer weather, this place is hopping.  It looks like a fantastic place to hang out, really well laid out and thought out.   We will definitely go back over the summer.

I really like the arrangement for the beer flights.  You get to choose 4 beers.  They hand you a wooden box with chalkboard on one side.  You write down the beers you want to try and they put your samples back in the box.

We tried the Green Man IPA, Wayfarer IPA (yes I love IPA's!) Green Man Lager and Vienna Lager.  We loved them all.  We can get Green Man beer in Chattanooga, so we have had their beers before and knew that we wouldn't be disappointed.

The Green Man Lager was tasty and light, just what you want from a lager.   The Green Man IPA is an authentic English-style IPA and is their flagship IPA.   The Wayfarer IPA is a very easy drinking IPA.   The Vienna Lager is from their 20th anniversary "Pub Series."

I highly recommend a stop in at Green Man Brewery in Asheville!  We will definitely go back when it's warmer so that we can enjoy the indoor/outdoor taproom!