Ginger Liqueur is an amazing liqueur, so warm and inviting.  The best part is that is so easy to make Homemade Ginger Liqueur, this vodka based version can even be gluten free with potato vodka! 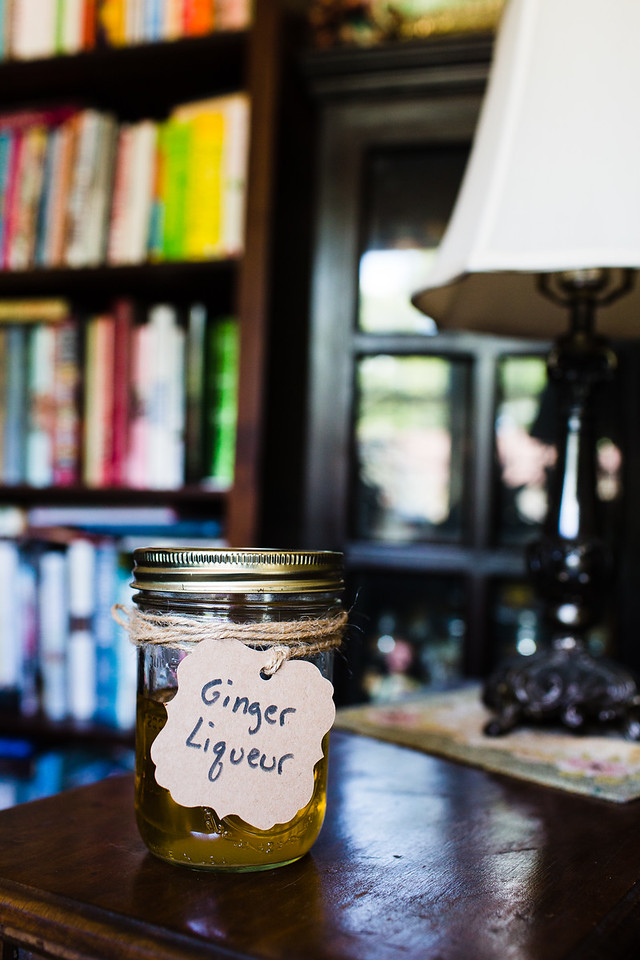 Using Vodka as Base for Ginger Liqueur

A couple of weeks ago,  I shared with you a homemade Ginger Liqueur that was brandy based.   This week I am back with a vodka based Ginger Liqueur.  I started them both on the same day.  I figured, I had the ginger, I had the vodka, and I had the brandy, why not do a comparison.  They’ll both get used, so nothing to waste, no harm no foul.  I found this version at Degrees of Preparation.  It is very similar to last week’s recipe, the main difference between the base alcohol – in this case vodka, and whether or not a simple syrup was used. 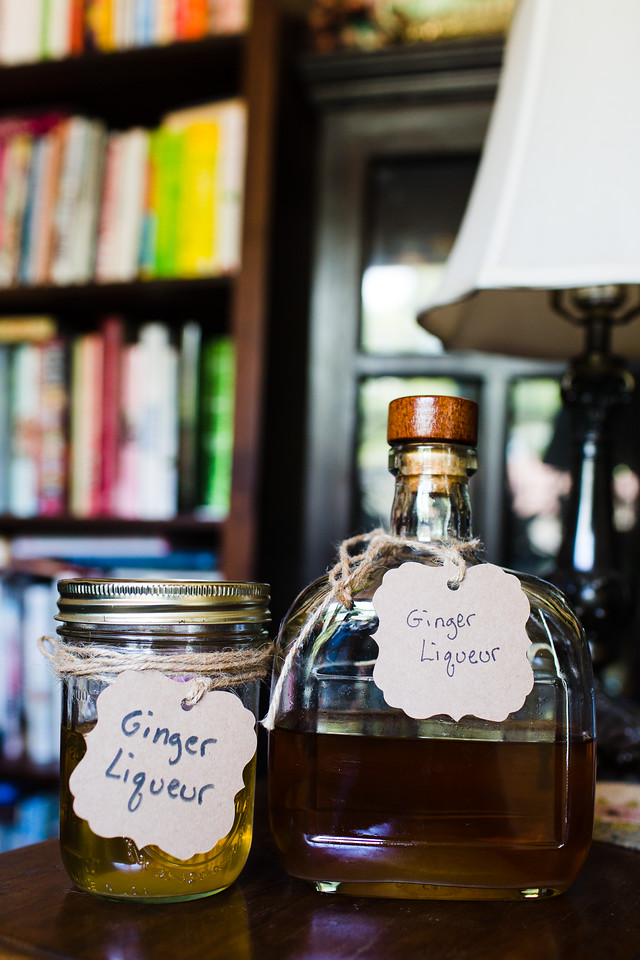 Ginger Liqueur - Vodka Based vs. Brandy Based

As you can see, the brandy based homemade ginger liqueur is darker, there is also more of it.  It uses a simple syrup, which adds some water to the liqueur.  The vodka based ginger liqueur adds sugar, but no water.  They both use vanilla beans and I used orange peel in both. 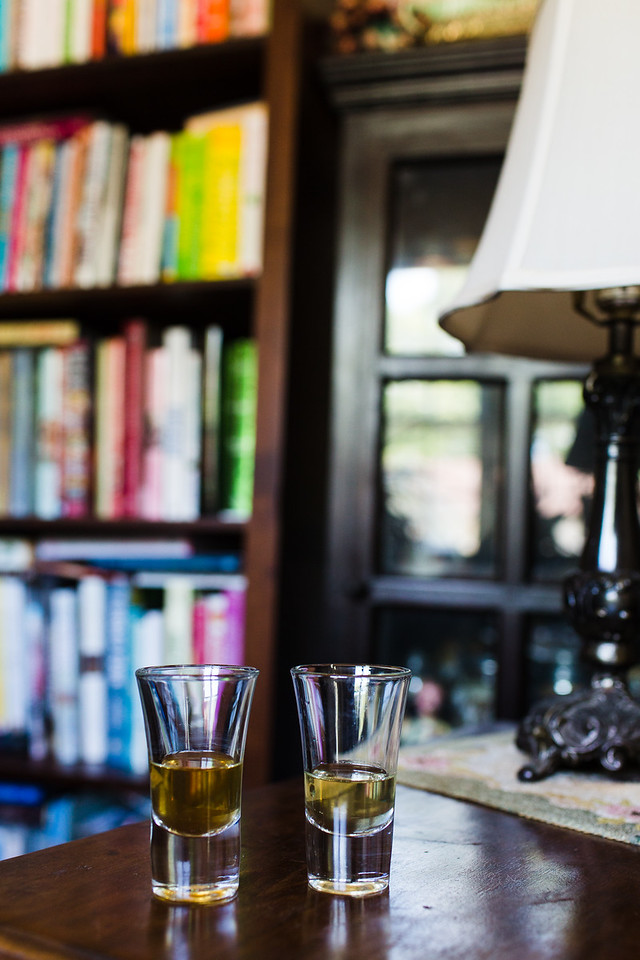 Ginger Liqueur - Loved them both!

I have to admit there are much worse ways to spend a Saturday than taste testing homemade ginger liqueur!  As you would expect, the Brandy version was a little smoother and richer.  This one is dangerous, I could sip it all night long.  the vodka version picked up a little more heat from the ginger, probably because it was in contact with the ginger longer.  It is a little stronger.  They are both excellent.  I see a few Ginger Gin and Tonics in my immediate future!  So, the verdict is, yes, make your own homemade ginger liqueur!! 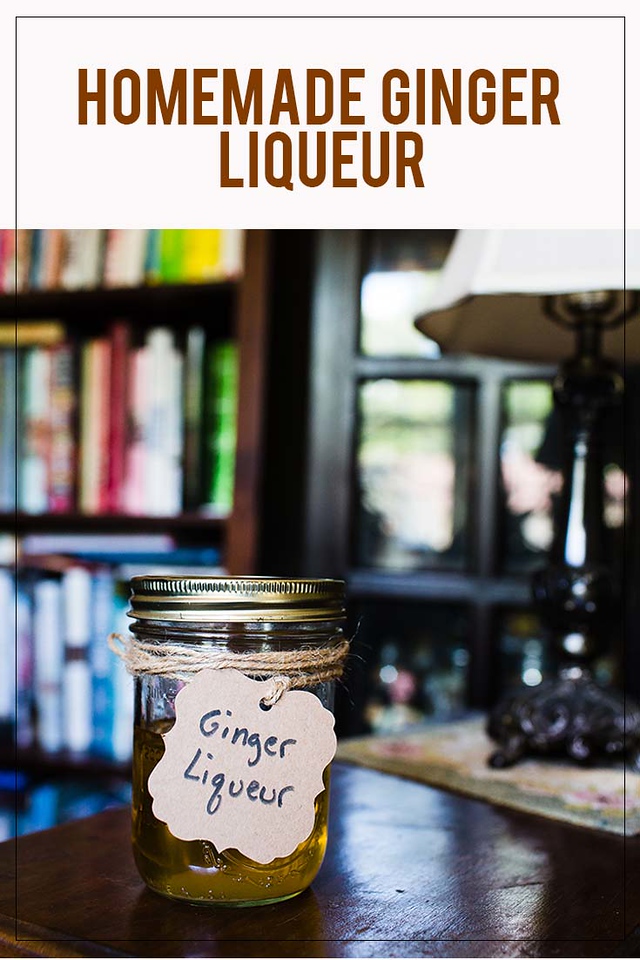 Recipe needs to steep for 5-6 days.

Other infusions to try: 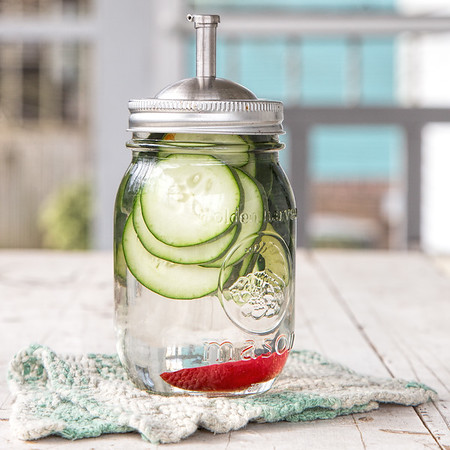 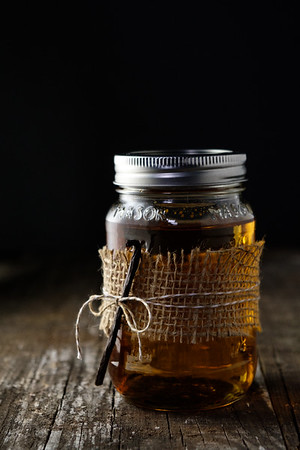 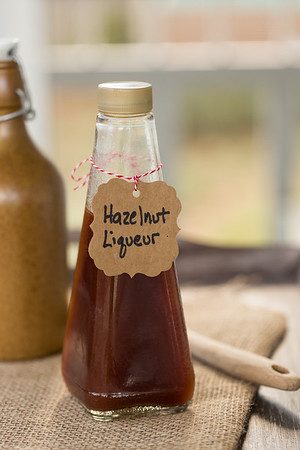