This Irish Bread Pudding with Caramel Whiskey Sauce makes the perfect dessert for grown-ups!   The Whiskey Sauce Recipe is amazing!  Sweet, creamy and with a kick of whiskey!   A double dose of whiskey with whiskey soaked raisins in the bread pudding and whiskey in the sauce! 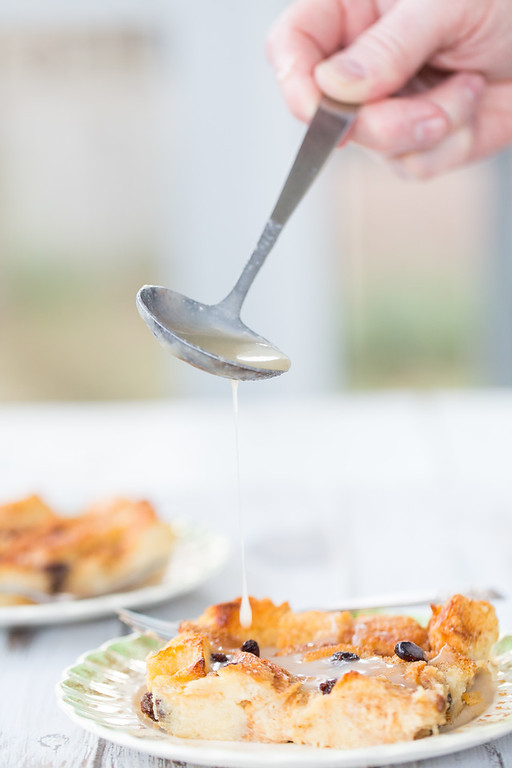 I don't do a lot of cooking specifically for St. Patrick's Day.  Other than Corned Beef and Cabbage, I don't associate the holiday with food.  I associate it with beer.  Lots of beer.  Most likely green.   I did add a Midori Gin and Tonic to my list of green cocktails recently!

I never gave any thought really to a dessert to serve on St. Patrick's Day.  Something green?  A smoothie?  Green cupcakes?

Then I found the Best Bread Pudding Recipe - seriously, this is the best.  Or maybe I should say the Best Whiskey Sauce Recipe because that is what makes this even more amazing.  I've brought this to parties and I've seen people licking their plates afterwards to get every last bit of the sauce! 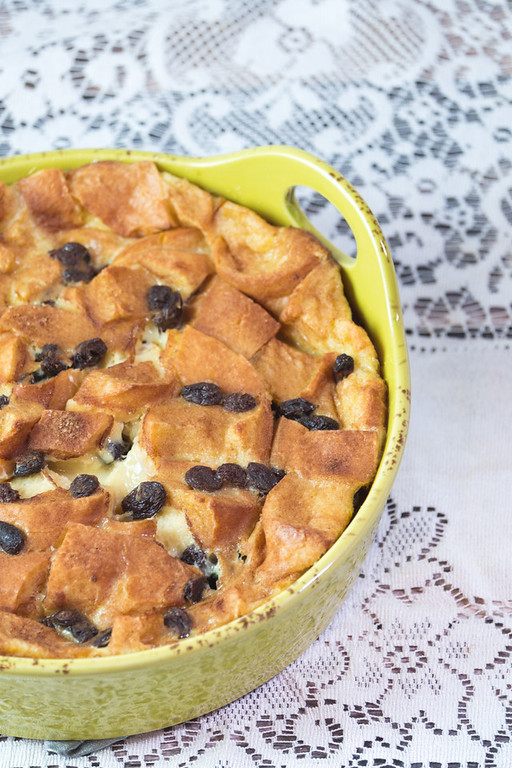 Ingredients in the bread pudding:

Ingredients for the Caramel Whiskey Sauce: 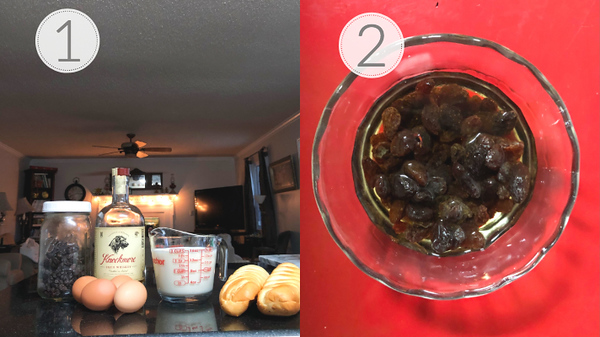 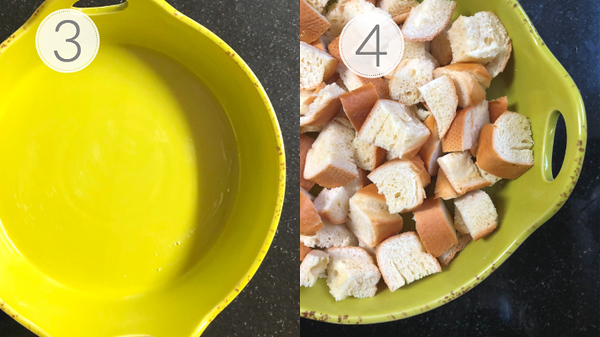 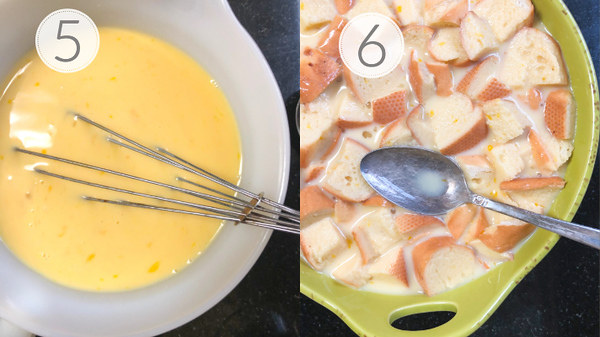 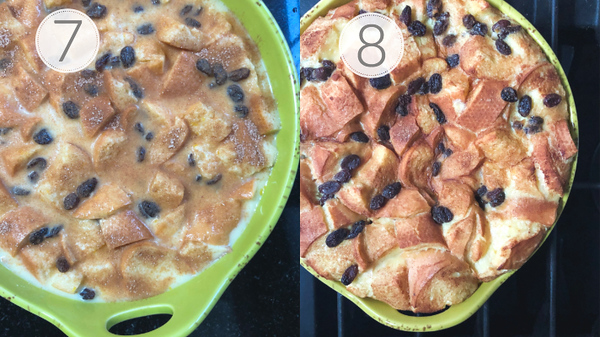 Steps for Making the Whiskey Sauce

The whiskey sauce is the highlight of this bread pudding.  It is luscious and creamy with a kick from the whiskey.

You begin by caramelizing sugar and water.  Mix sugar and water in a saucepan over medium high heat until sugar dissolves.  Cook for 15 more minutes (with no stirring) or until it reaches a caramel color.

While it's cooking, cube the butter and the softened cream cheese.  When the sugar is caramelized, remove it from the heat and whisk in the cream cheese and butter, one cube at a time.  Add milk and whiskey.

The whiskey sauce can be a little tricky.  Sometimes the cream cheese doesn't emulsify completely and you have very tiny white bits in the sauce.  Sometimes the sauce separates on standing.  Even if this happens, it still tastes amazing!  Just stir it before drizzling.

The sauce is from a  cooking light recipe, but I don't make it light.  I make it with full fat milk, butter and cream.   This is seriously amazing! 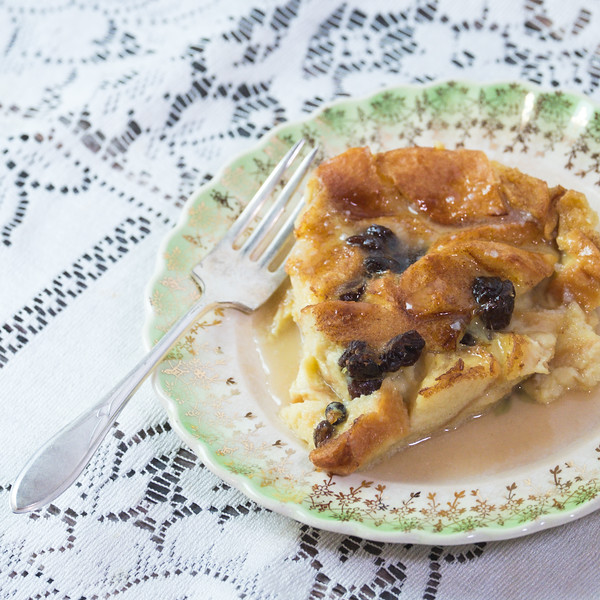 This has to be my favorite bread pudding!  It doesn't hurt that it has a double dose of whiskey!  Whiskey soaked raisins and whiskey in the sauce!

Guess what?  I'm not a huge fan of whiskey.  I'll drink it in a mixed cocktail, but I don't drink it straight or neat or whatever they call it.

But in this bread pudding and whiskey sauce, it's amazing!  So even if you aren't a huge fan of whiskey, you will still love this!

If you make this amazing bread pudding, be sure and let me know what you thought!

Print Pin Save Saved!
5 from 13 votes

The ratio of one cup of bread to one egg makes for an eggy custard like bread pudding.  Use 3 eggs instead of 4 if you want a less custard like pudding.  The whiskey sauce can be a little tricky.  Sometimes the cream cheese doesn't emulsify completely and you have very tiny white bits in the sauce.  Sometimes the sauce separates on standing.  Even if this happens, it still tastes amazing!  Just stir it before drizzling.

This week I am linking up with:

The Hearth and Soul

This post was originally published in 2015 and has been updated for 2019!