Luxie Cat and the Orchids

As you can see, one of Luxie's favorite places to sit is on a table in front of our dining room window.  On that table are three orchid plants.  The one plant that you can see in this photo just blooms like crazy.  Right now it has two stems that are going to start blooming.  It blooms several times a year. 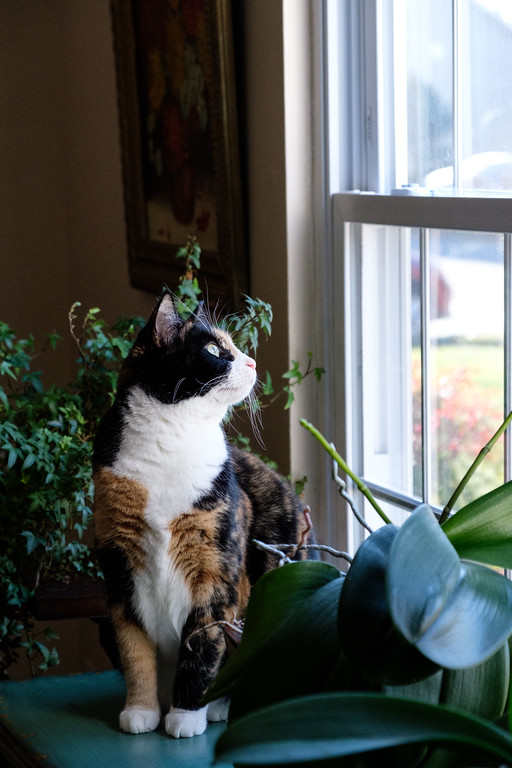 The other two orchids haven't bloomed in a couple of year.  The plant that blooms the most was potted in just regular old potting soil.  The other two were potted in an orchid potting mix that basically looks like wood mulch.  When I water them, the the water pretty much just runs through.

I'm thinking about repotting the two with at least a blend of regular potting and the orchid potting mix.  Yes, I know I've hijacked this kitty cat thread for a thread about orchids, but I though maybe some of you might grow orchids.  If you do, what kind of potting  mix do you use?

My artsy photo is again edited with Topaz Labs. 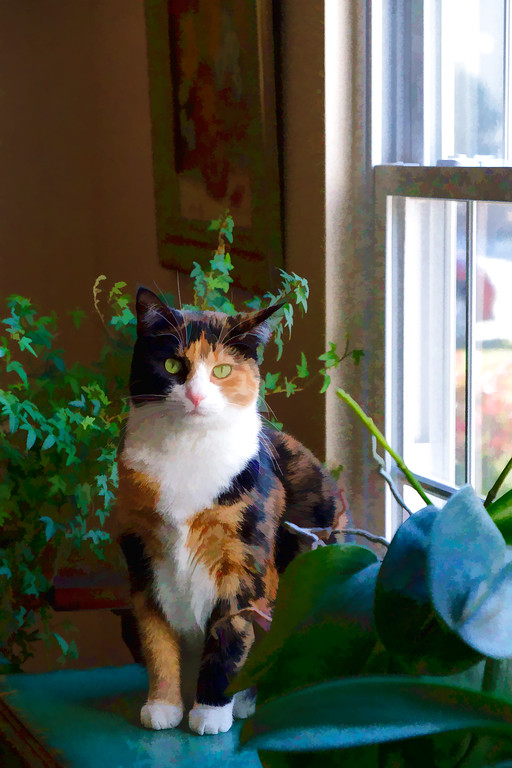