Home » Life » My Gift From Vietnam 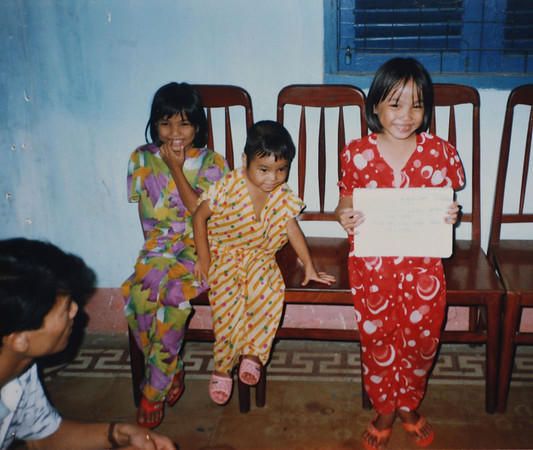 Our Adopted Daughters from Vietnam

In 1993, I started carrying around in my purse an envelop with nine pictures in it. I showed these pictures to everyone I met, whether they wanted to see them or not. These were my daughters. Or rather, they weren't yet, but they were going to be. They were three little girls, ages 5, 8, and 9 in an orphanage in Vietnam. 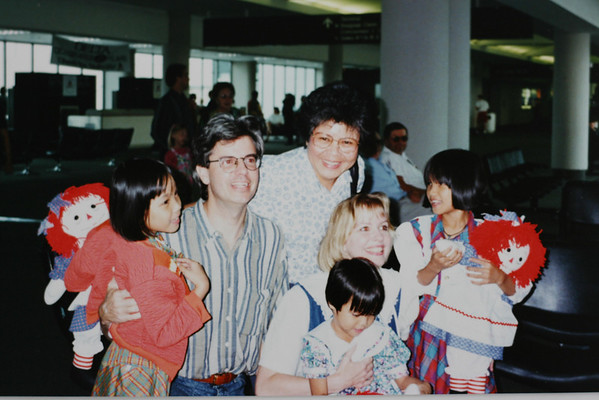 I will not subject you to the agony and frustration that I went through that year, especially in dealing with immigration and governments on both sides, let's just say, I avoid bad language, and it would be impossible to tell the tale without it. But finally after a year, we received the call that our girls would be arriving in the US. That was even better news, since I had originally planned on flying. But I don't fly well, I don't unbuckle my seat belt, and I don't go to the bathroom on airplanes (hello...I said I don't unbuckle my belt, which means I don't get out of my seat). They arrived in Nashville and we greeted them with hugs and raggedy ann dolls. 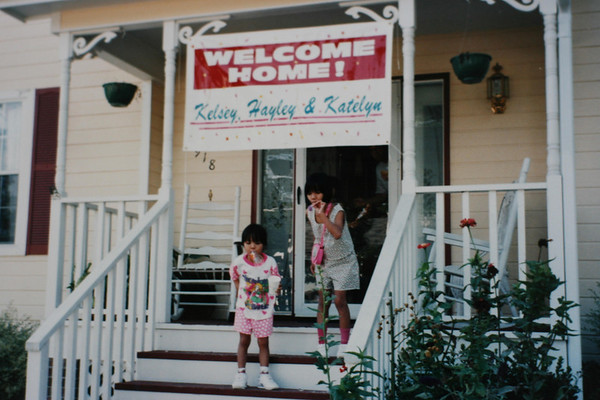 When we got home, we found that some adoption friends had hung a banner on our house welcoming the girls.

I'd always dreamed of making matching red corduroy jumpers and making my children wear them and pose for pictures.

What good is having children, if you can't make their Halloween costumes and put lots of make-up on them. Their first Halloween, they could only speak a few words of English. I taught them how to say "Trick or Treat" and with help from a Vietnamese friend, explained the whole knocking on a door and getting candy routine. They looked doubtful, but after the first few houses, they were fully in the swing of things! Things were going smooth, until one lady tried to talk to them. She kept asking them what they were supposed to be, and they kept repeating "trick or treat". Each time they said it a little more firmly, finally looking back at me, as if to say, "what is with this woman, why doesn't she get it", finally I told her that they didn't speak any English and they weren't going away until she gave them some candy.

So, yes, I know I didn't post any current pictures. That's because...gulp... they are adults now, and I respect their privacy (except not enough to stop me from showing them in matching red jumpers!). They are 19, 22, and 23 and I am just plain old.

Oh, and sorry the pictures are so crappy. Thank you Microsoft Vista for taking two hours of my life that I will never get back, while I tried to load my scanner software. Yes, two hours, and I still can't get it loaded. So, I had to take pictures of my pictures.