This Pear Crisp is so delicious, you won't believe it uses less sugar, less butter and has oats in the topping!!  One bite of the crispy topping and the juicy pears underneath and you are in dessert heaven! 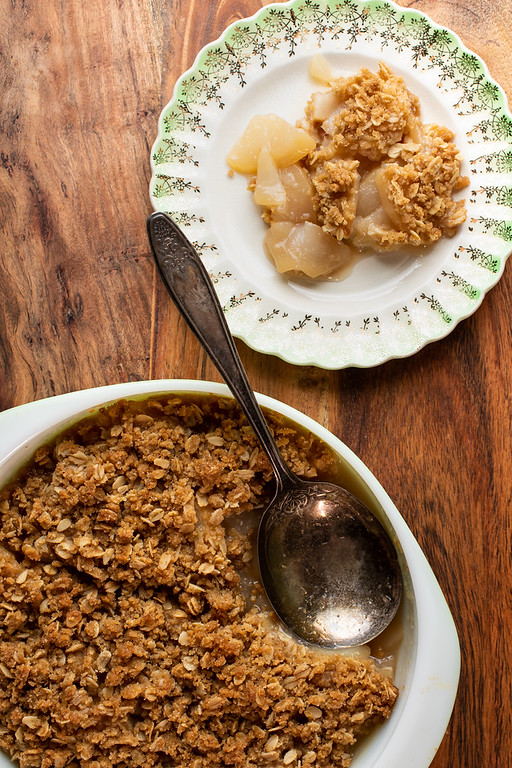 A Lighter Pear Crisp or Crumble

First of all you do you call this a pear crisp or pear crumble.  I have always called them a crisp.   After a little bit of googling, I determined that this is indeed a crisp.  According to Canadian Living (I guess they know their fruit desserts) both the crisp and the crumble have fruit with a crispy topping, but a crumble does not have oats or nuts.

What's also good to know is that I made this version a little lighter, a little healthier.   Some recipes get a little carried away with the butter and the sugar.  While there is nothing I love more than some butter and sugar, I also love trying to eat healthier, even if it's just a smidgen.  Every smidgen helps. 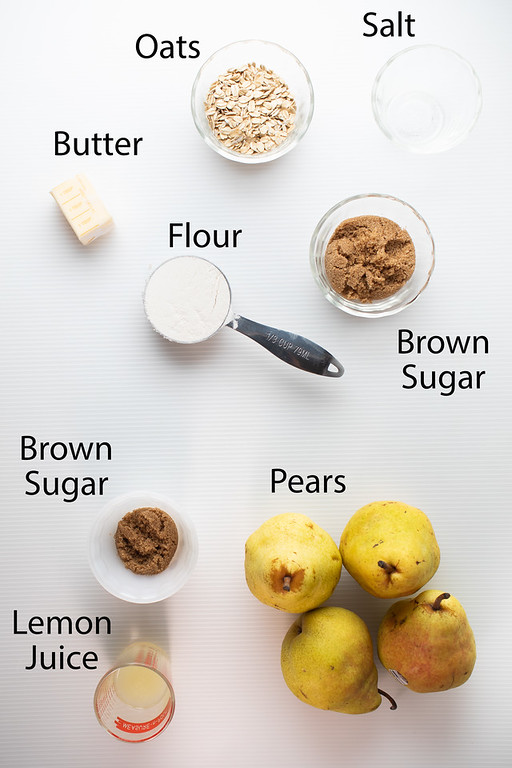 Ingredients to Make this Pear Dessert. 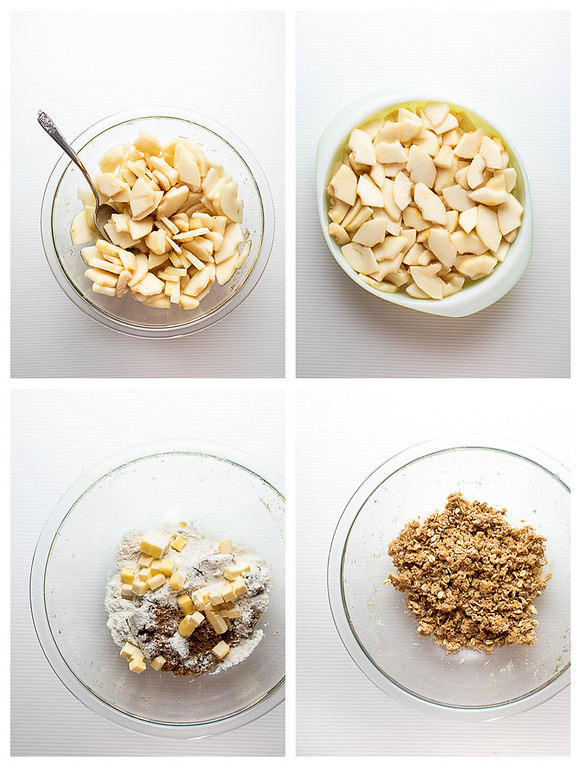 How to Make a Fruit Crisp

Peel, core and slice the pears.  Put them in a bowl and toss with the lemon juice and 2 tablespoons of brown sugar.  Spoon them into a gratin type baking dish.  I used an old Pyrex dish and it worked perfectly.

In the same bowl that you tossed the pears (no need to dirty another bowl!) add the flour, oats, and brown sugar.  Cut the butter into small cubes and add to the bowl.  Using your fingers, mush together the ingredients, incorporating the butter.  Work it just long enough for it to come together in coarse crumbs, you don't want the butter to melt. 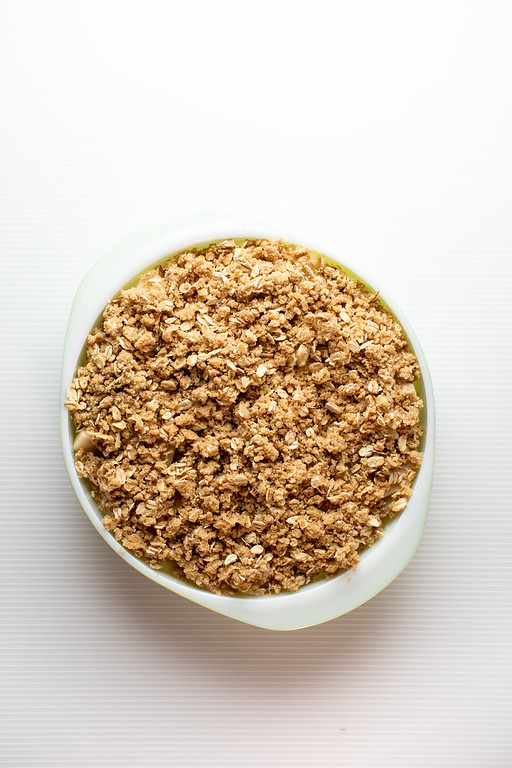 Sprinkle the crumb topping over the top of the pears.

Place in the oven and bake for 50-60  minutes or until the top is golden brown.  Remove from the oven and let it sit for 10 minutes before serving. 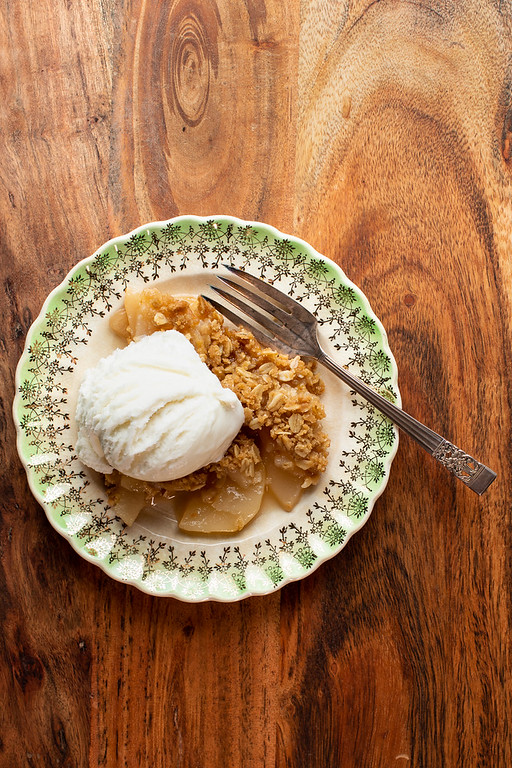 The Best Pear Crisp with Oats

Oh my, we loved this pear crisp!  It was perfect!  Tender and juicy pears topped with a crunchy sweet oat topping!  You can make a delicious dessert without going crazy with butter and sugar!  Yes, it still has butter and yes, it still has sugar, but it's less than a lot of recipes.   All things in moderation and all that!

If you love Cracker Barrel's Fried Apples (and who doesn't) try these Easy Sauteed Apples!

We eat this fruit compote on ice cream, stirred into yogurt, spooned over pound cake - so versatile!

If you have any pears left over, be sure and try roasting them with wine and honey!

You could also substitute pears in this clafoutis.

Print Pin Save Saved!
5 from 24 votes

Can substitute apples for the pears.