Love the sweet tart combination in bread and butter pickles?  Not in the mood for canning?  Then you are going to love these Refrigerator Bread and Butter Pickles that are ready in as little as one day!

This post is sponsored by #thelostfamilysupperclub - I received a copy of The Lost Family by Jenna Blum in exchange for posting a recipe and sharing my thoughts about the book.

You know what I love?  Being invited to join a supper club!  Not just any super club, but The Lost Family Virtual Supper Club hosted by The Book Club Cookbook (be sure and check out all of the bloggers participating!)  They asked if I would like to receive a copy of The Lost Family  by Jenna Blum and then make a recipe inspired from the book.  Why, yes I would.  Cooking and reading...my two favorite things!   I chose to make Refrigerator Bread and Butter Pickles.

The Lost Family by Jena Blum

Before we get to the recipe, a little bit about the book, The Lost Family and the author.  First of all I loved, loved, loved the book.   The story begins in 1965 and continues for the next two decades.  But really the story begins before that, because the main character, Peter, is a survivor of Auschwitz.  He carries that with him at all times, along with the loss of his wife and daughters who did not survive.  Peter is a the owner and head chef of Masha's, a restaurant in Manhattan.  We follow Peter as he meets and falls in love with June.  Marries and has another daughter.    We watch Peter try and build a life, while coping with the devastating loss from his pass.  He uses food and his restaurant to get lost in, to forget.

Some notes from the author Jenna Blum:

The Lost Family is a novel about a German-Jewish Auschwitz survivor named Peter Rashkin, who emigrates to New York, starts a restaurant, and falls in love—only to find his new American family haunted by the wife and daughters he lost during the war. Really, Peter is like Ferdinand the bull, except instead of wanting to smell the flowers, all he wants to do is cook. He was training as a chef in Berlin when the Nazis came to power; in America, being in his kitchen at Masha’s, his 1965 Manhattan restaurant named after his lost wife, is his happy place. The menus in The Lost Family are a fusion of 1965-era favorites and German-Jewish comfort food, Peter and Masha’s favorite childhood dishes:  Masha’s “Little Clouds” (cream puffs with chocolate fondue),  Brisket Wellington, Chicken Kiev, and my favorite, Masha Torte—an inside-out German chocolate cake with cherries flambé. There’s also a Hamburger Walter, invented for news anchor Walter Cronkite when dining at Masha’s, served Au Poivre with No Vegetables At All.  (my dad was a newswriter for CBS and he told me this was how Walter liked his hamburgers.)

I LOVE FOOD, and I had a joyous time creating and kitchen-testing all the recipes for Masha’s menus in The Lost Family (there are two, Spring 1966 and Fall 1965). I relied on my German friend Christiane’s mother’s recipes, my childhood memories of my Jewish grandmother’s dishes, the Mad Men Cookbook and similar cookbooks from the 1960s, and ingredients from my garden. I worked in food service for many years as a waitress and a prep chef to subsidize my expensive writing habit, but I’m not a chef, so there were some notable cataclysms, for instance throwing ice cubes into the oven to create crispy baguettes for Peter’s crostini (explosions) and dropping an entire Masha Torte on the floor (flaming explosion; we ate it anyway, and it was good!). 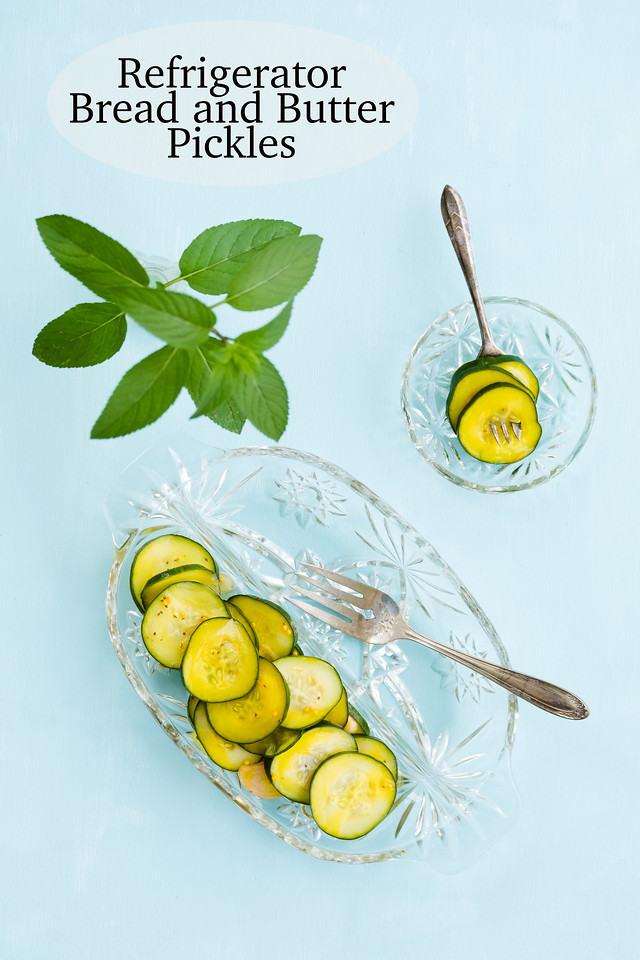 When I opened up The Lost Family, the first thing I saw was Masha's Fall 1965 menu.  Glancing through it, I stopped on "Dish of House-Made Pickles."  I didn't even need to think about it.  You see pickles are my jam.  Well jam is my jam too, but pickles have my heart.  And, while I love canning, there is something so wonderful about refrigerator pickles.   Easy peasy and oh so delicious! 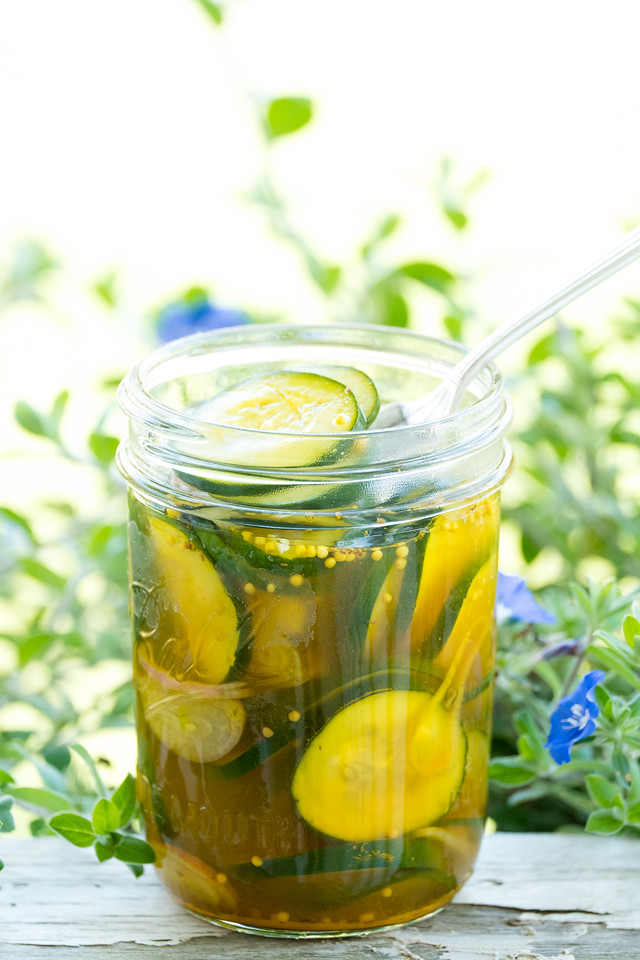 I modified a recipe for Freezer Bread and Butter Pickles that I found in Small-Batch Preserving - my favorite canning cookbook!

Print Pin Save Saved!
5 from 31 votes

« Linen Tunic with Jeans for Fashion Over 60
Luxie Kitty Lounging »