A few photos of our sweet feral kitty, Winston Purrchill.

It is with a heavy heart and tear-filled eyes that I share the news that Winston has crossed over the Rainbow Bridge.    I am so thankful that we were able to provide a warm, as safe as can be, environment for him the last 3-4 years of his life.  We first noticed Winston when he would occasionally dash through the woods in our backyard.  We never got a good look at him, only noticed that he seemed to have short legs.  To distinguish him from another gray tabby that was wondering around, we called him stubby legs.

Then one day we noticed him digging around for food around the bird feeder.  He was actually eating bird seed.  I took a handful of dry cat food out and set it on a brick.  He ran away, but eventually came back and practically inhaled the food.  I did this whenever I saw him outside.  So, I spent a lot of time that first year looking out the window, hoping to see him. 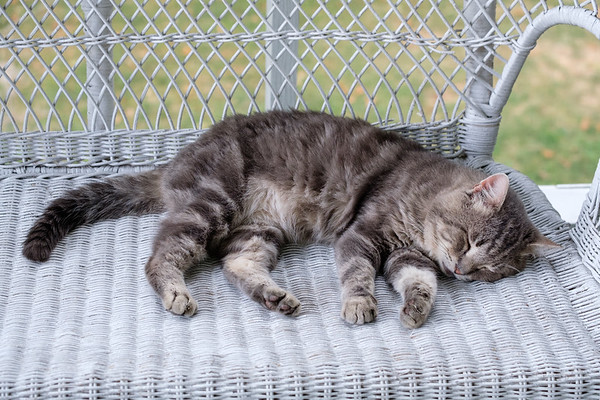 Eventually he barely ran away when I cam outside and he would even touch the tip of my finger with his nose if I held it out to him.  It was a hassle trying to feed him when it was raining, so I started bringing the food up the steps to our screened in porch and then finally onto the porch.  The porch is up a flight of stairs and has a cat door, so it was a pretty safe location. 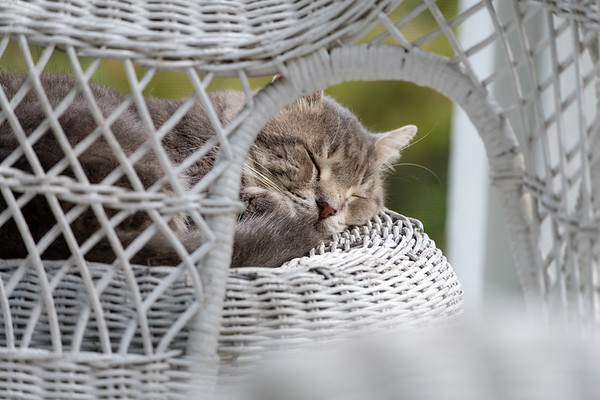 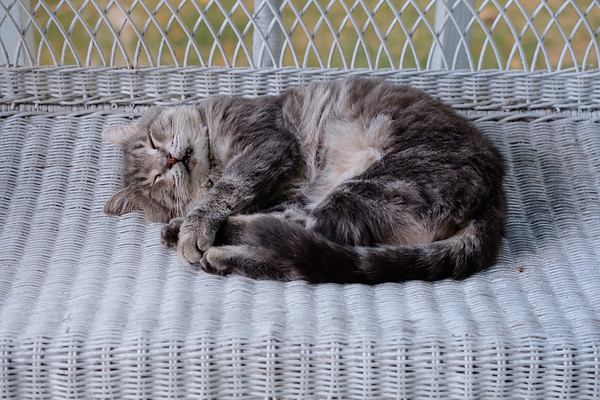 In the summer he had wicker furniture to sleep on and in the winter we made him a nice warm house.  I work from home primarily and every time I would take a break, I would check out the window to see if he needed any canned food.  Sometimes I would look out and we would be on the rug by the door, looking up to the window to see if I was coming out.

Winston has been showing signs of age the last year or so.  Walking slower, getting that sort of hunched body.  Last weekend, he had a stroke.  At first I thought he had hurt his legs because they weren't working right.  Then when I fed him some cat food, I held out the spoon for him to smell and he came at it sideways.  It was like he wasn't seeing right.  When I stood up, I startled him and he went around in circles.  All symptoms of a stroke.  Now I know a stroke isn't necessarily the end of a cat's life, but for a feral kitty that we can't touch or give medication to, it is.  On Sunday, we had a beautiful sunny spring day and he spent it out in the yard with us.  He laid under a bush and occasionally wandered around.  At one point, a big lab came into our yard and I stood in front of Winston to keep it away.  Now that he couldn't see good on top of being hard of hearing, he would not be able to protect himself from dogs or other predators.

I managed to get him in a carrier on Monday morning and took him to the vets.  They assured me that I was doing the right thing and I know I was.  I cried all the way home, and I'm crying now, for a cat I never even got to pet. 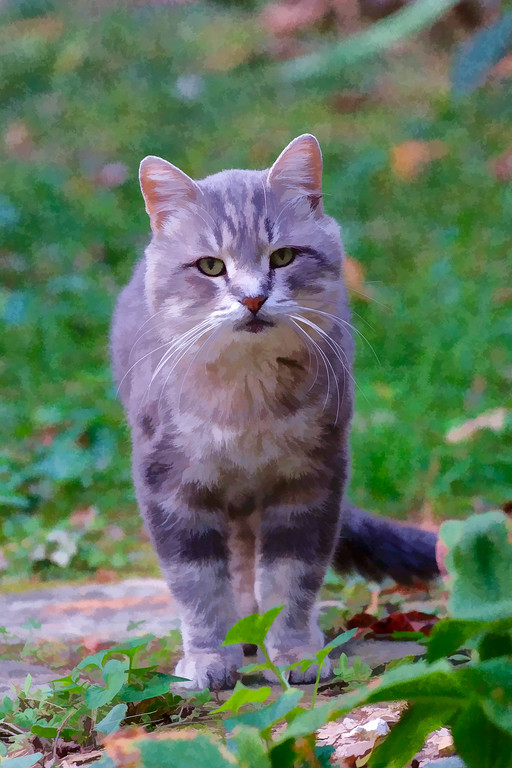