This Slow Cooker Chicken Parmesan Soup is a kid friendly crockpot recipe that the adults will love too.  It's an easy Slow Cooker chicken soup, even the pasta cooks in the slow cooker! 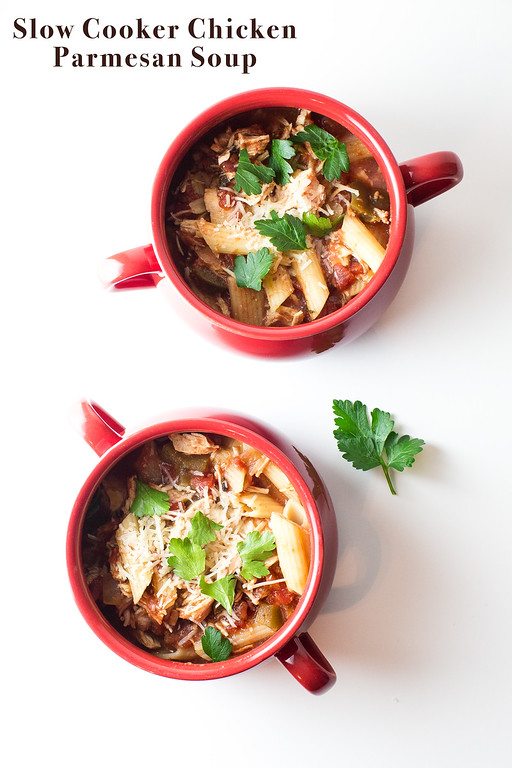 A Lighter Version of Chicken Parmesan

I have a confession, most of my soups that I make in the slow cooker are a bit broth heavy.  Not that there is anything wrong with that.  I love a good soup broth.  Sometimes I eat all the solids of the soup, just so I can savor the broth all by itself.  However this Slow Cooker Chicken Parmesan Soup that I found at Food52 might just change my mind.   In their description they talk about how this soup has all the flavor of a decadent chicken parmesan served over pasta, but that it's much more waist friendly. 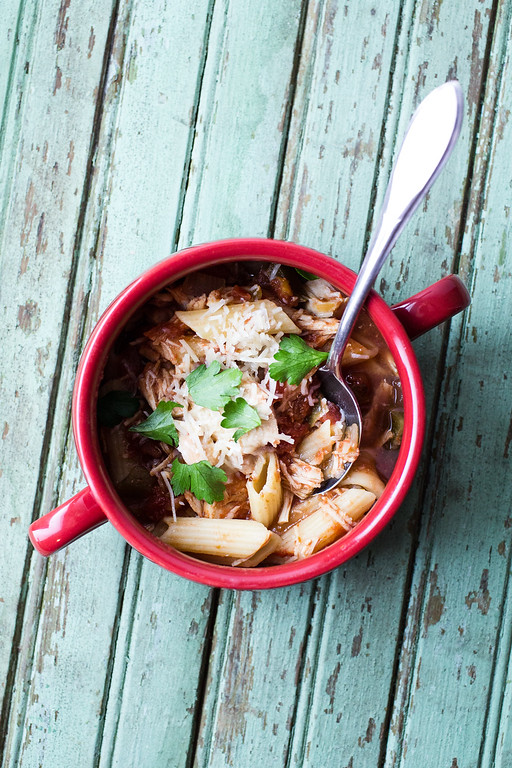 Boneless, skinless chicken breasts simmer away in chicken broth with tomatoes, green bell pepper, garlic, onions and herbs.  Later, you simply remove the chicken and shred it, return it to the slow cooker.  Then you add the pasta and cook on high for about 30 minutes.  All easy, peasy.  I had no idea that you could cook pasta in the slow cooker.  I remember all the old recipes would have you cook the pasta separately and then stir it in at the end.  True, you wouldn't want your pasta in their for the full 7-8 hours, but adding it at the end like this, letting it cook in the flavorful broth is perfect! 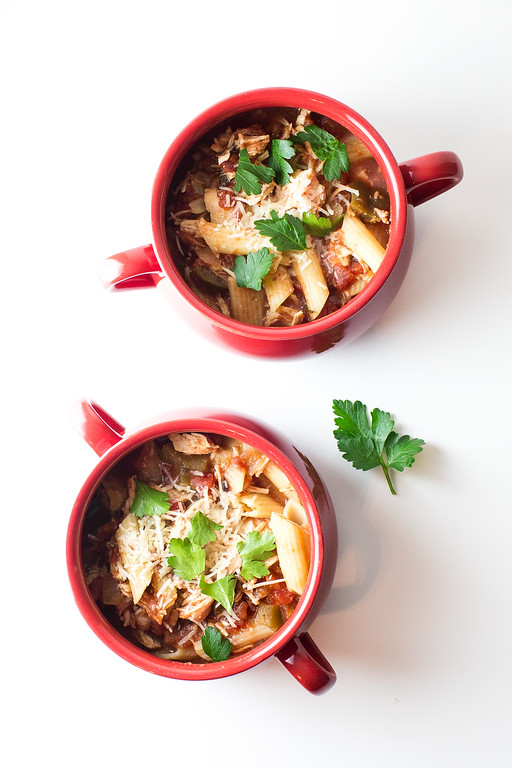 I'm going to go on record here stating that this Slow Cooker Chicken Parmesan Soup is definitely in my top 5 slow cooker recipes.  It is so rich and creamy.  A little bit of heat from the red pepper flakes and some nuttiness  from the Parmesan cheese.  Perfect.

Also in my top 5 is this Easy Thai Chicken Curry!

Print Pin Save Saved!
5 from 1 vote