The Classic Potato Leek Soup is so easy when down in the slow cooker!  This soup goes one step further with some bacon croutons that totally take it over the top! 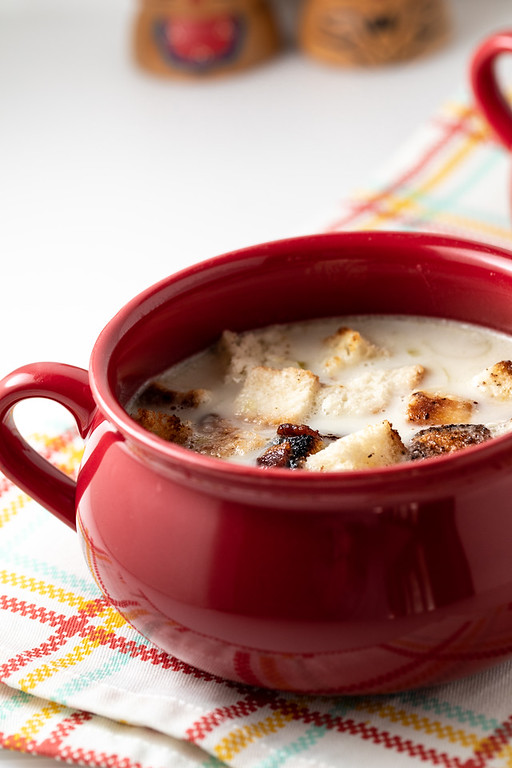 As a former school teacher as soon as August rolls around, I am in immediate fall mode.  Bring on the pumpkin, the butternut squash, the Halloween candy.

So, I ease into fall with one of my favorite soups an easy potato soup recipe.  Though I make this soup year round, I mostly give it a break in the summer and then it's one of the first ones I make as I start feeling the pull towards autumn.

It's a fall and winter soup that doesn't feel particularly fall or winter, but it's pure comfort food.  It's also so crazy easy. 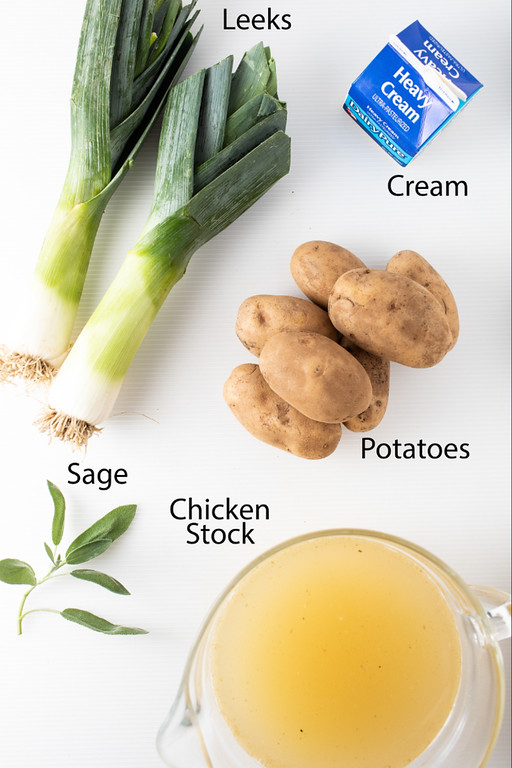 Leeks - I usually use anywhere from 4-6 leeks.  The store this week only had 2 good looking leeks, but they were really big, so they were about the equivalent of 4 leeks.

Cream - I use a heavy cream, if you want your soup lighter you can use half and half or milk.

Potatoes - I usually use red potatoes, but the store only had russets this time.

Sage - optional, but I like to use fresh sage.  You can substitute parsley, thyme, oregano or rosemary.

Chicken Stock - sometimes I use beef stock, either one will work.

How to Make Easy Potato Soup

This soup is so easy to make.  Honestly the hardest part is cleaning the leeks.

To Make the Bacon Croutons 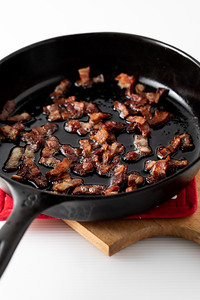 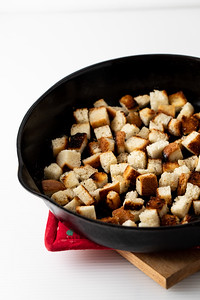 All I did was right before it was time to serve the soup, I diced some bacon and fried it up in my grandmother's cast iron skillet.  Then removed the bacon with a slotted spoon, added a couple of cups of cubed bread and tossed it in the hot bacon grease until crisp.  It was the perfect addition to the humble potato leek soup!

If your bacon released a lot of fat, you might want to drain off some of the fat before toasting the bread.

This is so good and so easy!  You will definitely want to add this potato leek soup with bacon to your menu rotation!  It is pure comfort food!

If you want it a little creamier, you can use an immersion blender to puree some of the potatoes.  Sometimes I do that I sometimes I don't, it's great either way!

French Vegetable Soup with Pesto - this all vegetable soup is a family favorite, especially topped with a flavorful pesto.

If you're looking for even more soup recipes, be sure and follow my Soup Recipes Board on Pinterest!

I've used fresh sage, you can omit that or substitute your favorite fresh or dried herb.  Thyme, parsley, or rosemary would all work.

This post was originally published in 2015 and has been updated for 2019.