This Spicy Moscow Mule has a delicious kick from the celery black pepper vodka!   So easy, you don't even need a cocktail shaker!   Pepper vodka, ginger beer, celery stick and a lemon wedge are all you need for this oh-so sippable cocktail! 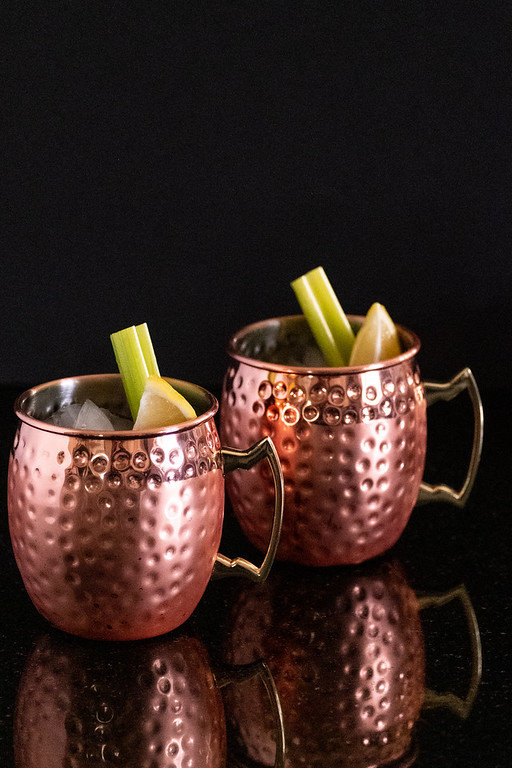 What is a Moscow Mule?

Martin combined his vodka with Morgan's ginger beer, added a little lime juice and served it in the copper mugs.  It became a hugely popular drink in the 1950's and 1960's.

With today's growing popularity of cocktails, variations of the Moscow Mule are showing up every where!

How to Make a Spicy Moscow Mule

Steps 1 and 2 - Fill a copper mug with ice and gather your ingredients:  black pepper vodka and your favorite ginger beer. 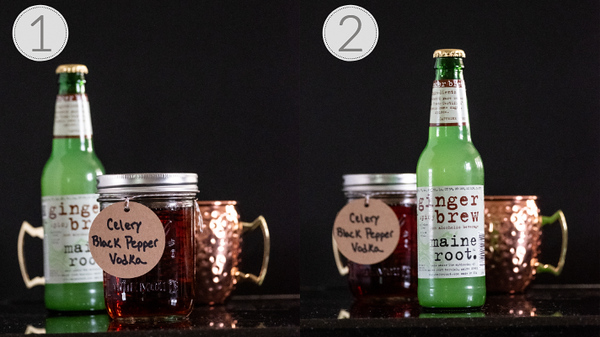 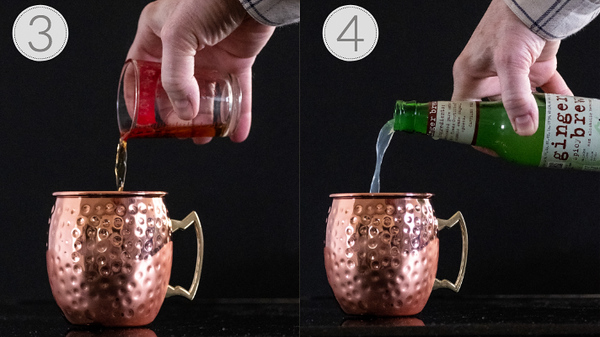 Steps 5 and 6 - Garnish with celery stick and a lemon wedge. 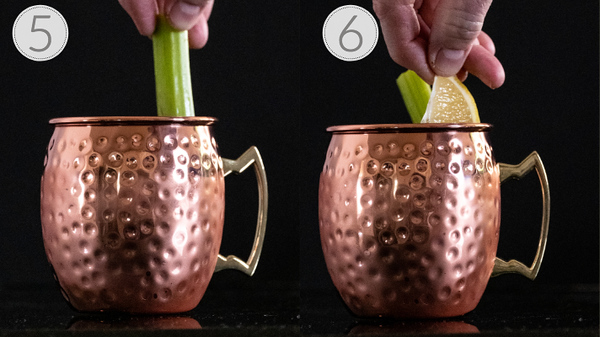 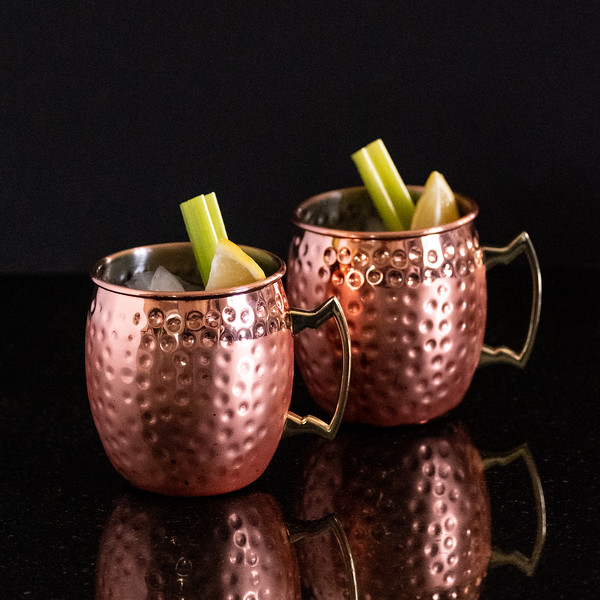 This Spicy Moscow Mule is delicious!  Ginger beer has a natural kick of heat from the ginger and when you pair that with black pepper, it's amazing.  This is refreshing and so easy, you'll definitely want to add it to your cocktail rotation.

Let me know if you try this Spicy Moscow Mule!