A few photos from a light Chattanooga, TN snow. 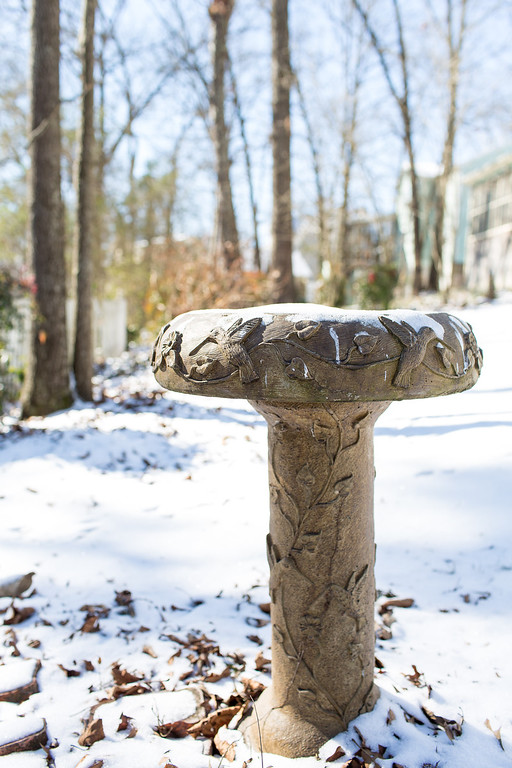 So, I’m sure you all saw the news.  South paralyzed by 2 inches of snow.  It’s true.  They started dismissing our school at 11 and it was snowing steadily.  Busses couldn’t make it up mountain roads, kids stranded at schools, cars skidded off roads all over the place.

I was lucky and was allowed to leave not too long after they started dismissing school.  The principal wanted to give us a chance to get home before it got too bad.  I work only a couple of miles from home.

I have two steep hills in my subdivision.  I could already see about 6 cars parked at the base, unable to make it up.  But I gave it a try.  I could see a small traction area about halfway up and I knew if I could make it to that, I could get enough traction to make it to the top.  Slow and steady I went, and I started to skid, I steered into it, keeping my foot gently on the gas.  Made it to the little traction area, picked up a smidgen of speed and managed to make it to top still skidding slightly.  I managed to do the same thing on the second hill.  I am so thankful that I have plenty of experience from St. Louis snows!

Coco helped me check out the snow and on Saturday I’ll have some photos of her playing in it!!  Patchouli, on the other hand, did not leave the house for 3 days!

How about you, what’s in your garden this week?

Please join me for Garden Tuesday.