Home » Books » Everything Belongs to Us

A book review of Everything Belongs to us by Yoogin Grace Wuertz.   Post may contain affiliate links. 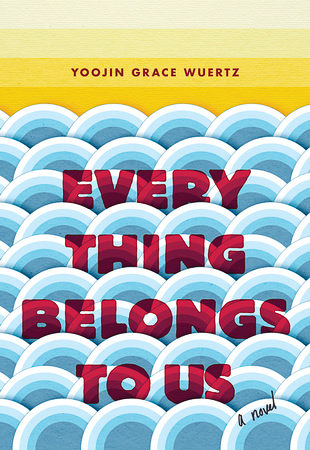 Everything Belongs to Us is set in Seoul, South Korea in the 1970’s.  The main characters are Jisun, the daughter of a wealthy businessman, Namin, whose parents run a food cart, and Sunam, also the son of well to do businessman.
At first it was difficult to get into the novel.  The setting and culture were so foreign to me.  However, once I got a grasp of each character, it became so much more interesting.   The conflicts that each character carries with them, the role that they play in society, is fascinating.
Jisun, wants to turn her back on her wealth and privilege and help the workers revolt.  Namin, who wants to rise above the standing of her family, both for herself and her family.  Sunam, who must make his family proud.
I really enjoyed this book once I got into it’s rhythm.
I received an ARC copy.
« Electric Red 2016
YouTube Videos and Cats »