Home » Books » Lincoln in the Bardo by George Saunders

A review of the audiobook version of Lincoln in the Bardo by George Saunders. 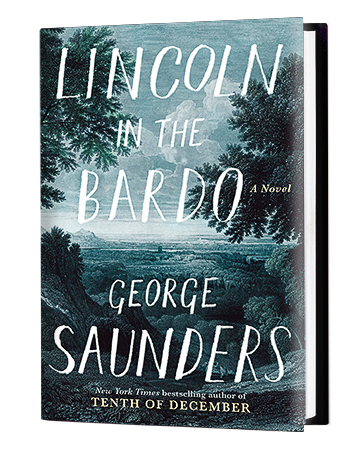 This review is for the audiobook version of Lincoln in the Bardo by George Saunders.  I wanted to make sure that I noted that this was the audio version, because I think this one is probably made better by listening to it.

The main setting of the story is a cemetery where President Lincoln’s son, Willie,  has been entombed.  The story is told by all manner of characters and they are given voice by different people.  Some famous actors and actresses are doing some of the voices and trying to guess who was who added a bit to the listening.

We learn of the events leading up to Willie’s death, with quotes from various books and papers.  It sounds a bit like a research paper brought to life, with each quote including it’s bibliography.  It takes a little while to get used to this, but once I did I enjoyed it.  What was particularly fascinating was when various sources were quoted and they were all different.  For instance on the weather conditions for the night Willie died,  they ranged from clear with a gorgeous full moon, to a sliver of a moon, to completely cloudy with no moon visible.  Clearly demonstrating why eye witnesses are not reliable!

The story in the cemetery is told by a cast of characters who inhabit the cemetery.  Yes, dead people.  Only they don’t really seem to know their dead.  They talk of their “sick box” - instead of a coffin.   They want to help Willie get on to that other place because children don’t seem to linger in their world.

This is probably one of the most polarizing books that I’ve read or listened to.   I can see where some people would find it disjointed and hard to follow.  Once I relaxed and just went with the flow of characters, I really enjoyed it.  I admit though that it is probably not for everyone.