One of  our favorite craft breweries in Eugene, Oregon!  Ninkasi Brewing Company has great beer and a fun atmosphere! 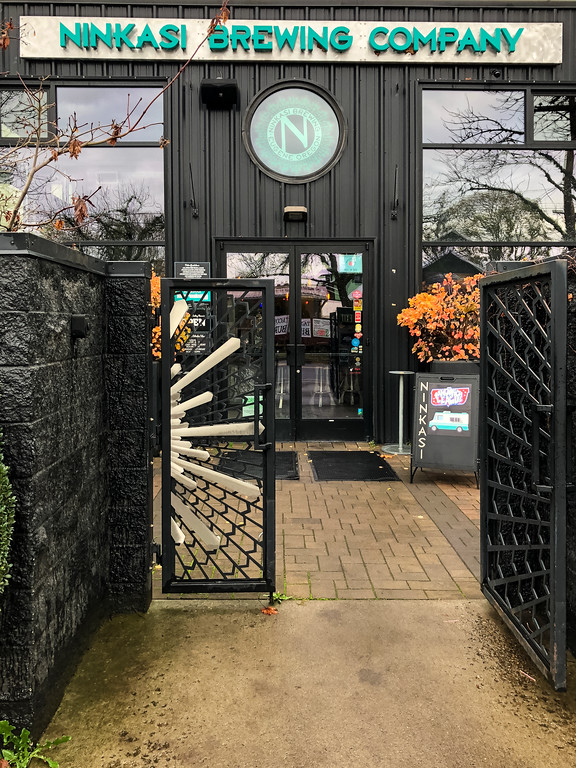 On a recent trip to Oregon, we had designated days as either wine days or beer days.  Don't worry, in between drinking wine and beer, we did plenty of hiking and sight seeing.  One of our days in Eugene, Oregon was designated as a beer day.  Top on our list was Ninkasi Brewing Company. 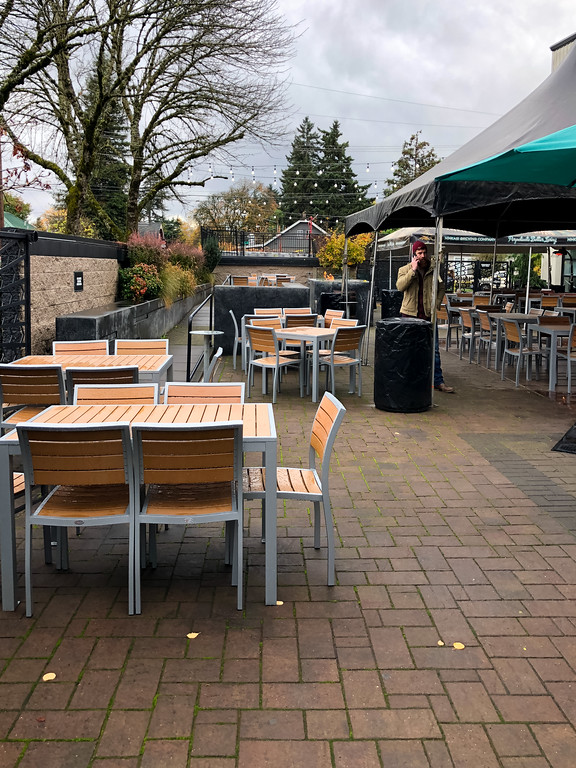 When you first arrive you notice that the building is all industrial with dark metal and lots of windows.  It is behind a big fence, which you later see is to keep the large patio private.  The patio is really nice sized with an area that is under an umbrella.  On this particular day, it was a little chilly and rainy, so we went inside, but I imagine the patio is packed on pretty days. 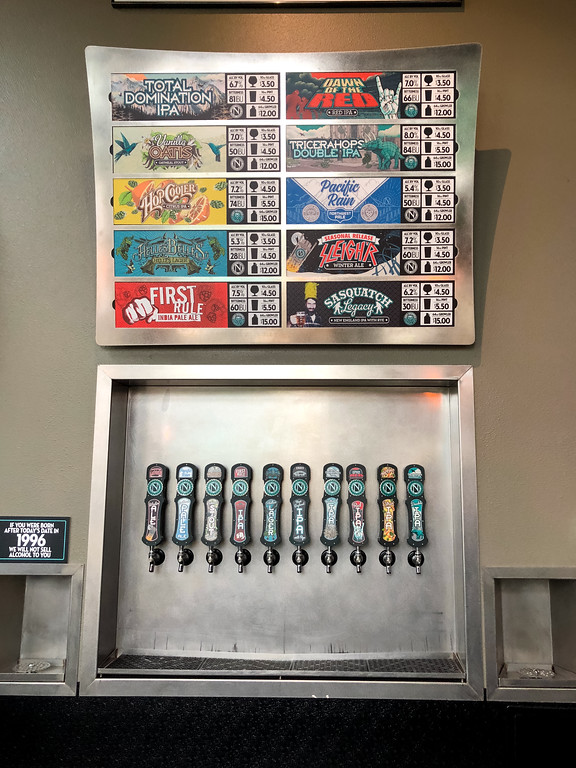 Inside is decorated with lots of metal with an industrial futuristic feel.  There is one bar along the back of the room and a few tables in the front.  We chose a table in the front that looked out onto the outdoor patio. 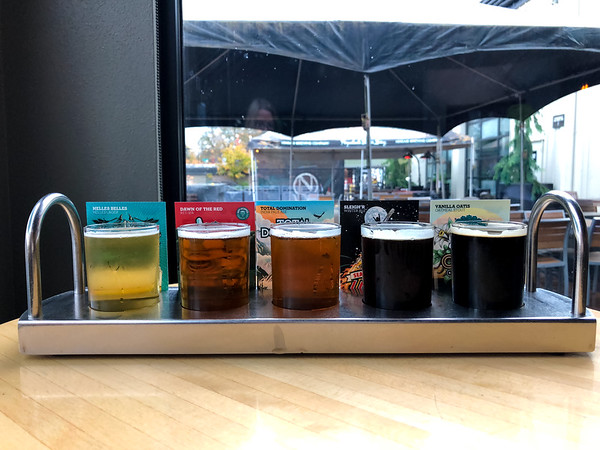 The tasting flight came with one of the best methods that I've ever seen!  Instead of the usual names scribbled in pencil on a beer splattered piece of paper, they came on a tray with a card behind them.  The card was sort of like a beer trading card, with all the info you would need about the beer! 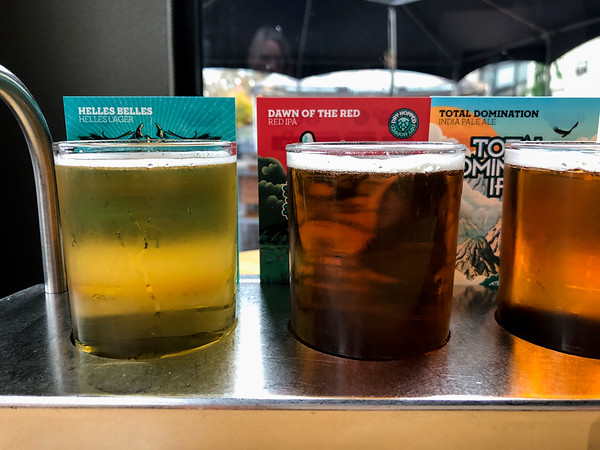 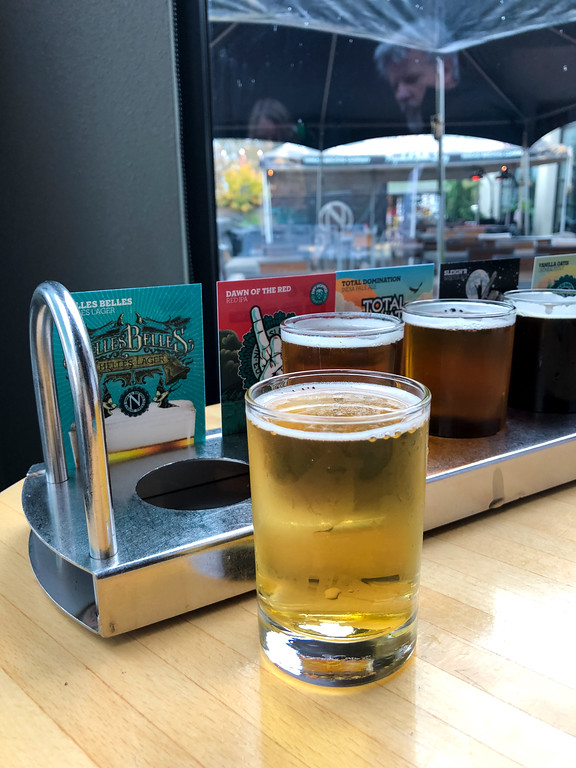 Everything was good.  There was not a disappointing beer in the bunch.  My favorite was the Total Domination IPA - what can I say, I love a good IPA.

While we were there several regulars came in.  I am assuming they were regulars since the sweet little doggie on the stool seemed right at home.  I imagine if we lived there, we would become regulars too.

Read more about Ninkasi Brewery at their website:  Ninkasi Brewing.    Follow me on Yelp to read more of my reviews:  Pam Greer on Yelp.