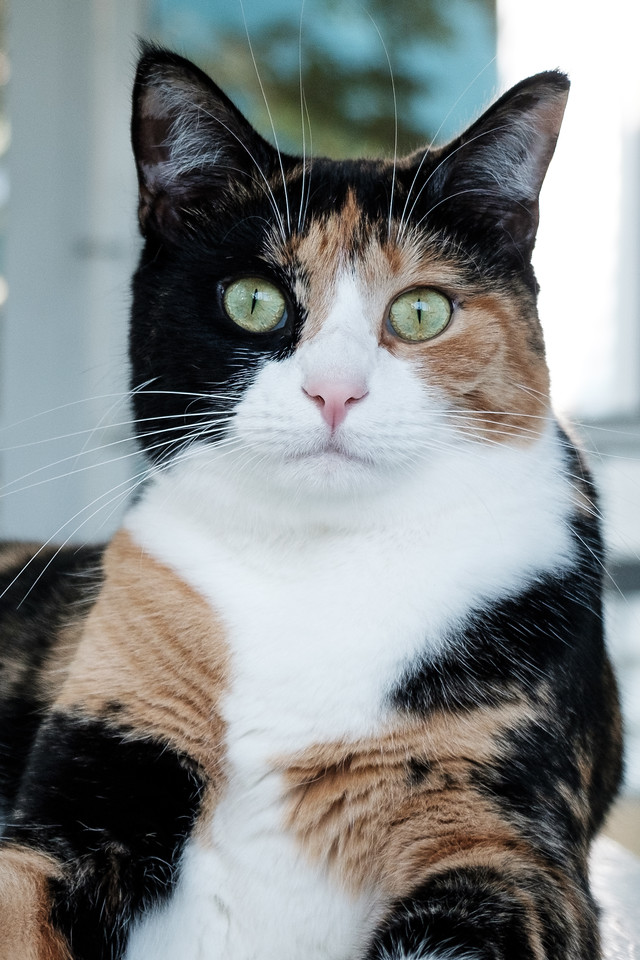 When you look at today's post, you're going to think...mmm...those look very summerish and you know for a fact that Chattanooga does get some winter weather.  No nearly as much snow as we would like, but we do get winter.

I haven't taken many photos of the cats lately, other than the recent Christmas photos.  The problem is that they've turned into recluses and homebodies. 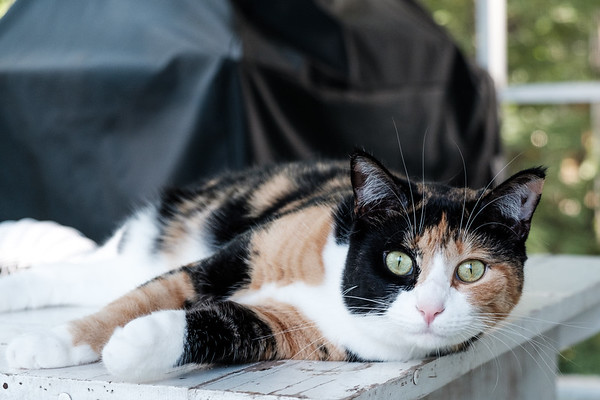 Luxie has started coming downstairs in the morning for breakfast, but before we even have morning planning time, she heads back up to a cozy spot she has under the bed in my sewing room.   In between under the bed storage containers she has a little area.  She has managed to pull a skein of yarn out of my yarn tub and as made a cozy little nest.

She stays there all day, sometimes coming out for a few minutes around lunch, sometimes not.  Some days I don't see her until tv watching time at night, where she gets on the lap of Mr. Sidewalk Shoes to sleep. 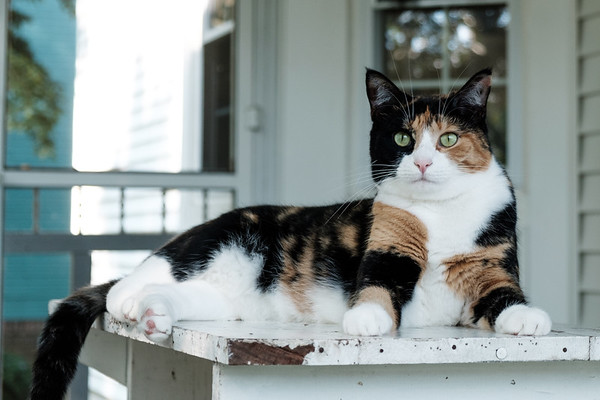 Coco has also decided that she doesn't really like cold weather.  She runs outside just long enough to go to the bathroom and run off a squirrel or two before she heads back inside to sleep in her location of the week.

This week's sleeping location has been on the suitcases in the closet of the spare bedroom.

Neither under the bed, nor the closet provide good photo opportunities.

No More Porch for Luxie

You might be wondering why there aren't more photos of Luxie on the Porch.   She just got too smart for her own good.  We had the cat door blocked and she figured out how to drag away the board and she ran out!  Luckily I heard it and was able to run around and scare her back onto the porch.

I put a heavier block up, but she just worked at it and worked at it.  She almost had it dragged away again, when I decided no more.  After just a few days of standing by the door wanting to go out, she adjusted quickly back to being a total inside cat.

I am going to try and get a few new photos this week, so I can have some updated photos for you, on the other hand, I have 1,400+ cat photos that need to be edited, so you might just see some more old photos! 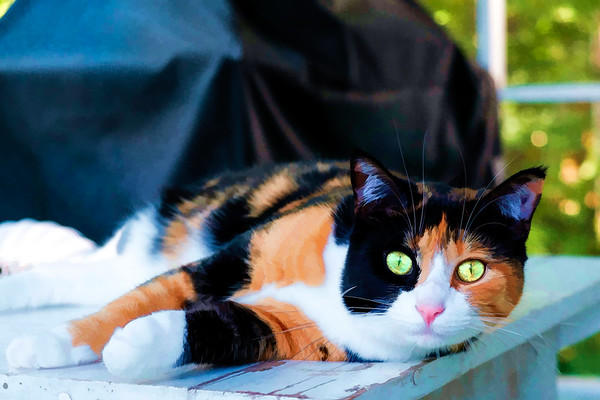