Don't worry you don't have to cook this Easy Moroccan Chicken Tagine in a tagine!  A dutch oven or skillet works great!  A flavorful chicken stew with warming spices and fresh citrus!  The best Morrocan chicken recipe! 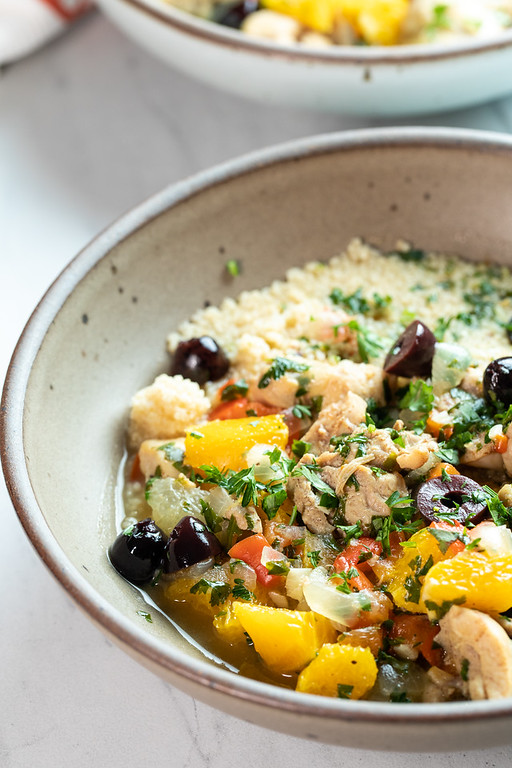 What is a Moroccan Tagine?

Do you have a tagine?  It's a lovely cooking vessel, with a cone shaped lid and a flat round bottom.  The cone shape is designed to keep the food moist.  As the food cooks and steam rises, it is captured in the cone and drips back into the food.

While I would love to have a tagine, I really don't have room for one and I do have plenty of enameled cast iron dutch ovens that will do.   You just want to be sure you have something with a tight lid.  Some dutch ovens even have little spikes on the inside of the lid which encourage the condensation to drip back into the food.

Ingredients in this Moroccan Chicken Recipe: 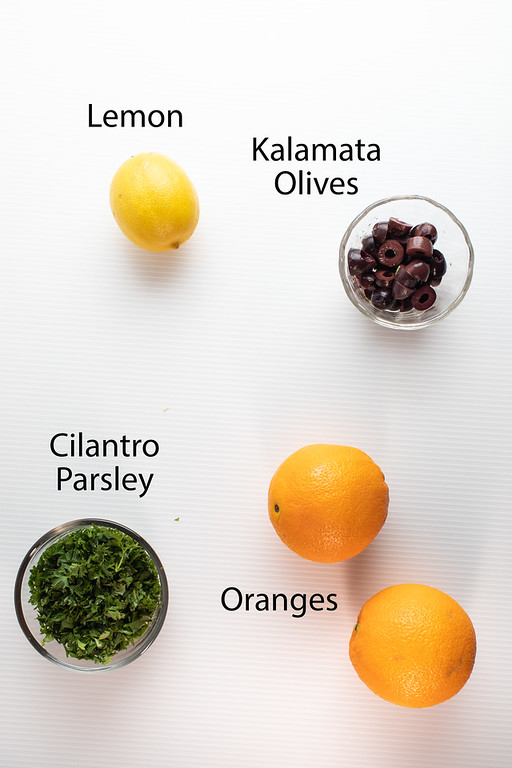 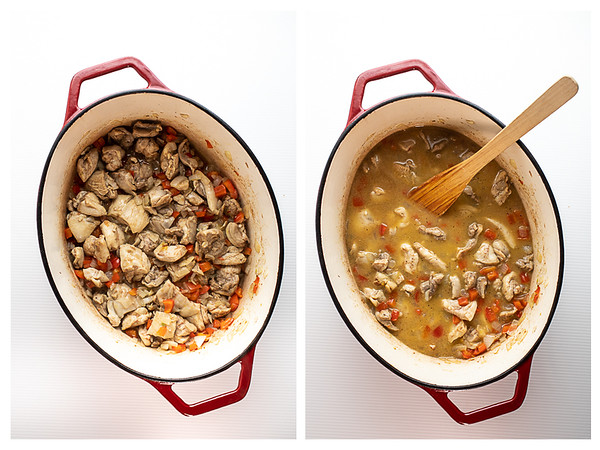 How to Make this Easy Moroccan Chicken

Chop and prep the vegetables and the chicken.  Heat olive oil in a tagine or a dutch oven over medium heat.  Add the chicken (note - I put the chicken on the bottom so that it has a chance to brown a little before stirring, onions, bell pepper, ground ginger, ground cinnamon, saffron (or turmeric and paprika), and garlic cloves.   Cook for about 15 minutes.

Add the broth, orange juice and salt and pepper.   Bring to a boil.  Then cover it, reduce the heat to a simmer and simmer for 30 minutes. 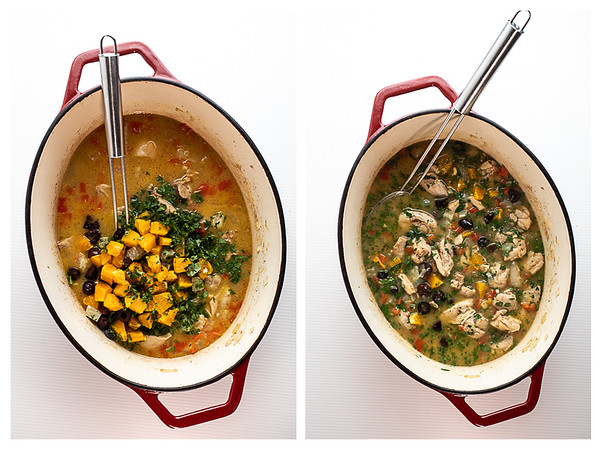 While the chicken is simmering (and your house smells amazing!) prepare the fresh citrus sauce.

Turn off the heat and take the lid off the chicken stew.  Stir in the fresh citrus mixture.  Taste and adjust seasonings. 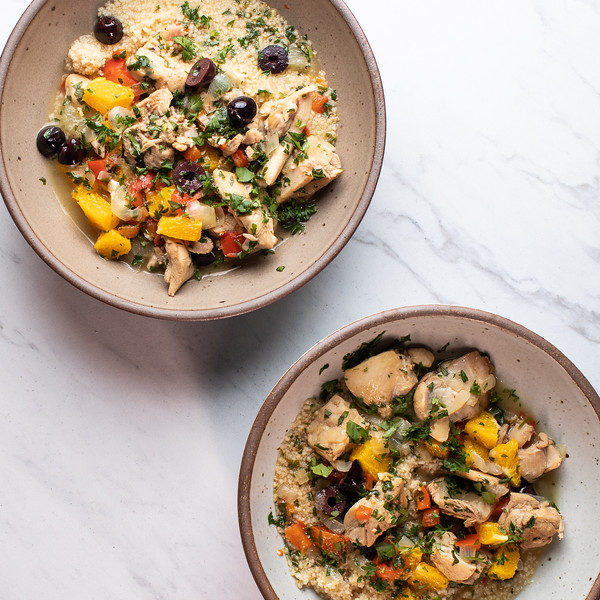 I found this recipe in an old 2002 Cooking Light Annual, proving once again that even older recipes are good (well, except for those weird loafs and things from the 70's!)

It was perfect.  It manages to taste long simmering and fresh at the same time – I think the last minute addition of the oranges, parsley, cilantro, olives and lemons gives it that fresh flavor.

You want to serve it with couscous or rice or pasta, something to make sure you get every last bit of that sauce!

Another Moroccan favorite is this Easy Tabbouleh Salad, made with rotisserie chicken it's the perfect weeknight dinner!

These Chicken Skewers have a delicious mint and lemon dressing!