This homemade spiced pear liqueur is ready in just one day and is so amazingly delicious!  Vodka, pears, cloves, cinnamon and anise.  Homemade liqueurs make a wonderful homemade Christmas gift or for any occasion and this pear liqueur is simply divine.  Be sure and make enough to keep some for yourself because it's that good! 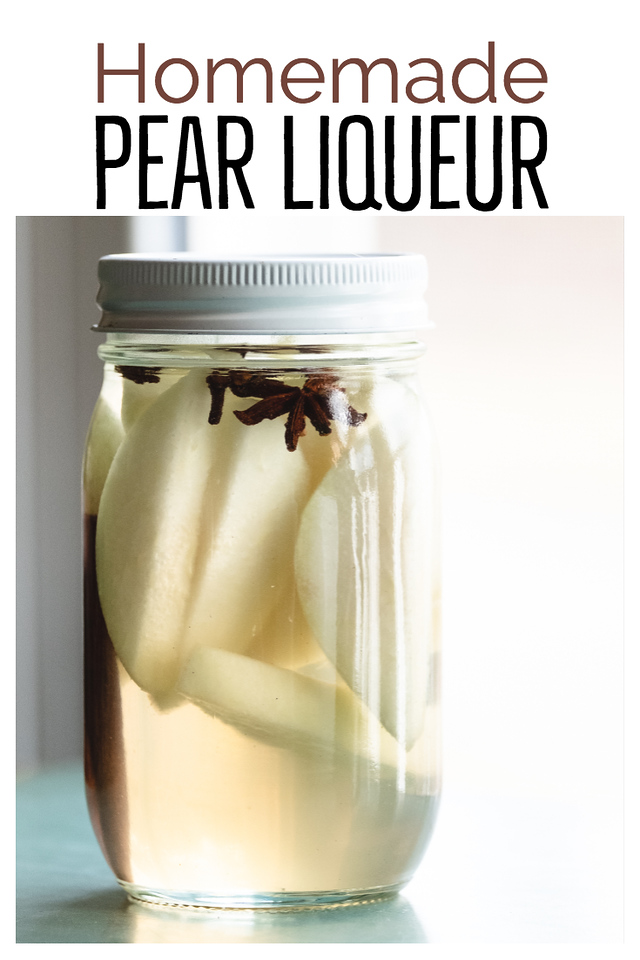 Homemade liqueurs are my most favorite thing to make.  I call it my hobby.

I love homemade liqueurs and infusions, with a little prep, time does most of the work.

With this Homemade Pear Liqueur, time doesn't even have all that much work to do.  It's ready in just a day!  I was skeptical that it might take longer, but it didn't!  It was so flavorful after just 24 hours! 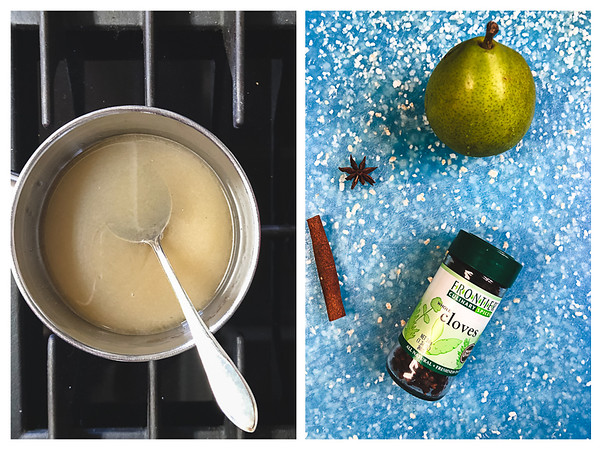 How to Make This Pear Liqueur Recipe.

You're not going to believe how easy it is to make this homemade liqueur.

The first step is making a simple syrup.  A simple syrup is just a mixture of sugar and water heated to a simmer to dissolve the sugar.

While the simple syrup is cooling, gather your ingredients:  a pear, star anise, a cinnamon stick, and a whole clove.

After 24 hours, taste it, it should taste of pears with a hint of spice.  Strain into a bottle and cap.  Keep in the refrigerator for up to 3 months. 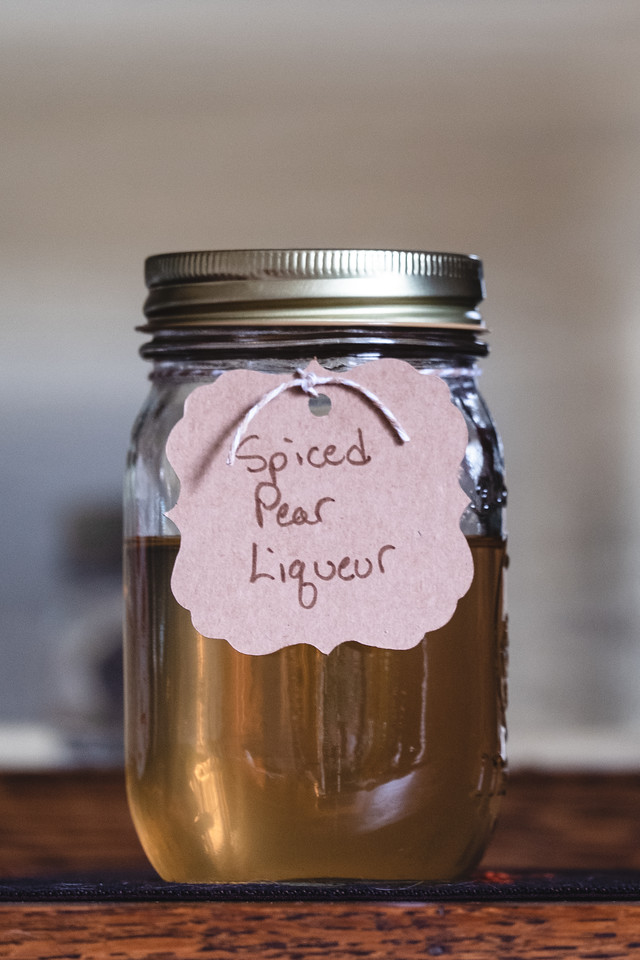 This liqueur is definitely in my top five homemade liqueurs!  I found it in one of my favorite books for infusion ideas:  Infuse Oil, Spirit, Water.   Two other recipes that I've made from this book:  Sriracha Honey Popcorn and Spicy Cucumber Infused Gin.  I recommend this book highly!

If you have some extra pears, try my new favorite arugula salad!

Another favorite pear infusion is this Chamomile Pear Infused Vodka.

If you've priced ginger liqueur, you know it's expensive - luckily it's easy to make your own Homemade Ginger Liqueur.

Did you know you can make delicious Homemade Hazelnut Liqueur?

Sugar - you can use regular white sugar, but turbinado adds a little more depth of flavor.  If you want pear liqueur and not spiced pear liqueur, just omit the cinnamon, star anise and clove.

Update Notes: This was originally published in 2013 and has been updated for 2019.